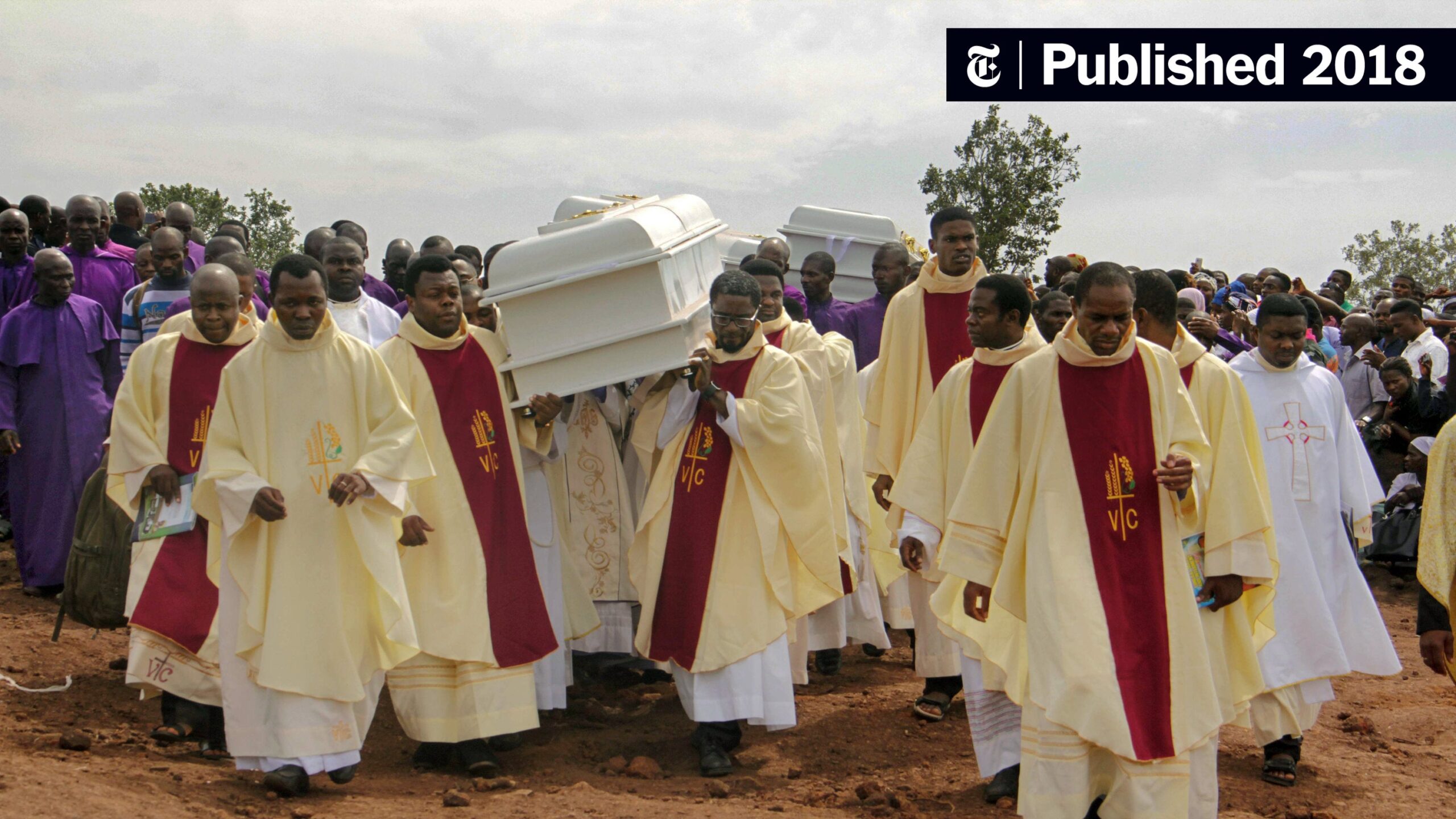 Violent religious clashes broke out in the city of Kaduna in northern Nigeria on February 21 and have continued throughout the week. Kaduna is the second largest city in the north. The clashes followed a march by tens of thousands of Christians to protest the proposal to introduce Muslim sharia law as the criminal code throughout Kaduna state.

Reports speak of rival armed gangs of Christians and Muslims roving the streets. Churches and mosques have been put to the torch. Corpses were seen lying in the streets and people’s bodies hanging out of cars and buses, apparently killed while attempting to flee the violence. Local human rights workers said that more than 400 had been killed as a result of the clashes.

The acting Governor, Deputy Stephen Shekari, imposed a 6pm to 6am curfew. The army has been patrolling the streets, with reinforcements from central Nigeria and Lagos brought in. There are reports of the army firing indiscriminately into crowds. Tens of thousands of both Muslims and Christians have begun to leave the city, with Christians heading for Lagos in the southwest and to eastern Nigeria.

The Nigerian parliament on February 23 called on President Olusegun Obasanjo to act. Over 1,000 troops and paramilitaries have been drafted in. The last occasion when the army was called out to quell ethnic clashes was in the Niger Delta area in November 1999 when hundreds died at the hands of the troops.

Since the northern state of Zamfara brought in sharia law in last November, it has become the focus of media attention, with a recent case in which a youth received 100 lashes for having sex before marriage, reports of the banning of women football teams and the establishment of women-only taxis. Whilst the introduction of sharia in Zamfara was peaceful, it has provoked widespread opposition in Kaduna, where unlike most northern states it has roughly equal numbers of Christians and Muslims.

Sharia has become the battle-cry of a vocal northern political elite, who are using the Muslim religion to advance their own regionalist ambitions. Belonging mainly to the Hausa ethnic group, they have pushed religion and ethnic issues to the fore since President Obasanjo was installed as a civilian president last May. Similar ethnic-based political movements have arisen in the south and west of Nigeria, with groups like the Oodua Peoples Congress calling for self-determination for the Yoruba, and the emergence of Ijaw, Ogoni and other movements in the Delta region.

Religious and ethnic conflicts are likely to escalate as two other northern states, Niger and Sokoto, have bills to enforce sharia law expected to take effect in May this year. The northern states of Kano and Yobe are expected to follow suite.

Obasanjo was brought to power in largely rigged elections, as the Western governments moved to replace the corrupt and discredited military dictatorship that had ruled Nigeria since the 1960s. The IMF and World Bank called for so-called transparent government, in which the international creditors and transnational companies could have more direct control of Nigeria’s wealth.

The regional and ethnic divisions in Nigeria, which were fomented under decades of British colonial rule and gave rise to the Biafra war in 1966, were suppressed by the military. In seeking to open up Nigeria to international investment, the United States and European governments have inevitably encouraged regionalist ambitions. Obasanjo, who the West backed to the hilt, has held out promises of investment and devolved power to the various local elites. He has refused to oppose the introduction of sharia, even though it is clearly at odds with Nigeria’s secular constitution.

Since civilian rule was restored there have been a series of ethnic conflicts. At the end of May clashes between Ijaw and Itsekiri youth south of Warri led to nearly 200 deaths. In July 1999 clashes between Hausas and local Yorubas in Shagamu, north of Lagos, resulted in around 60 deaths. In the southwestern state of Ondo fighting between Ijaw and Ilajes in July and again in September last year led to many deaths.

In October there were clashes between Ijaw and Yoruba youth in Lagos with around a dozen-reported deaths. In November troops were deployed in Bayelsa state in the Delta area, in which hundreds died at the hands of the army. Again in November there were conflicts between Hausa traders and Yoruba at Mile 12 Market in the Ketu district of Lagos, which led to some 30 deaths.

As well as being stoked up by regionalist and tribalist politicians, another major factor behind this conflict is the growth of poverty and unemployment. In spite of Nigeria’s huge oil wealth, there have been shortages of fuel, rationing of power and, in rural areas, the lack of suitable drinking water. The per capita income in 1998 of $345 was a third of the level of the boom year of 1980. In a recent interview in which he refused to oppose sharia, Obasanjo claimed that â€œthings were movingâ€ in relation to the Nigerian economy that would tackle the poverty giving rise to ethnic clashes. However, apart from the benefits to western investors, his pro-IMF privatisation policies have only increased unemployment levels.

Another aspect of the religious conflict in the north is the role of the military in that region. When Obasanjo, a former general, first came to power the largely northern-based military elite regarded him as someone who could balance conflicting regional interests and hold the country together. Since then, however, he has carried out Western-backed policies to curb the military’s power and income. Whilst the West allowed the military rulers to syphon off billions of dollars from Nigeria’s oil income during the Cold War years, the IMF has now moved against their corrupt operations. There have been demands for funds smuggled out of the country to be repatriated. Last August plans were announced to cut the armed forces by 30,000 to leave only 50,000, in a drive to make the army more professional and efficient. Obasanjo has sacked over 150 officers who held political office since 1984.

A Human Rights Violations Investigation Panel has been charged with investigating transgressions of the various military regimes. It has received 11,000 submissions. One of the more high profile cases being pursued is that of Mohammed Abacha, the son of the military strongman Sani Abacha who died in 1998. He is charged with politically motivated murder and attempted murder. Other high profile investigations will be the investigation of the parcel bomb murder of a journalist who was looking into links between the military regime of Ibrahim Babangida and drug traffickers.

Kaduna, where the current ethnic clashes are taking place, is the home of many retired army generals. They live in huge mansions with private mosques and a lavish lifestyle. In the past the military dictatorships headed by Babangida and Abacha were capable of supporting the Muslim religion when it suited them. It would hardly be surprising if some of their wealth is now being used to finance the pro-sharia demagogues.

One thought on “Religious conflicts in Nigeria”

May 25, 2015
Manage Cookie Consent
To provide the best experiences, we use technologies like cookies to store and/or access device information. Consenting to these technologies will allow us to process data such as browsing behaviour or unique IDs on this site. Not consenting or withdrawing consent, may adversely affect certain features and functions.
Manage options Manage services Manage vendors Read more about these purposes
View preferences
{title} {title} {title}
Go to mobile version
%d bloggers like this: