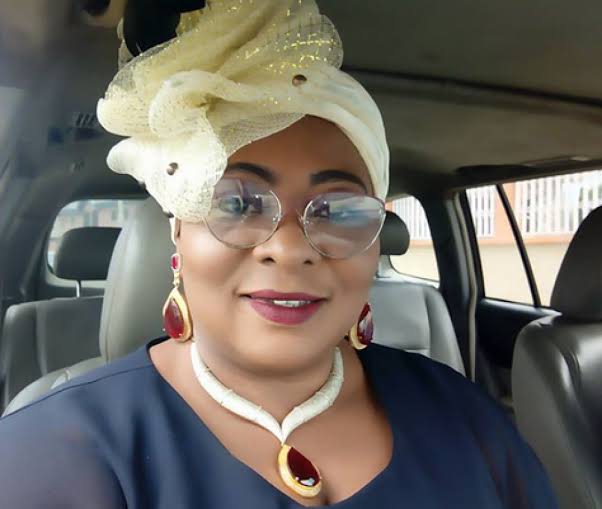 Gloria Young, a veteran actress, believes that women who undergo cosmetic surgery to achieve a curvy appearance do so to impress others.

“They’re trying to impress others,” she said in an interview with Saturday Beats. I’m not sure what they mean by ‘they’re doing it for themselves.’ A woman who loves herself will stick to what God has given her and make the best of it. Put on appropriate clothing.

I have actually prevented a few of my coworkers from “going under the knife.” It is completely incorrect. It will become a habit that will be difficult to break. Furthermore, money is being squandered that could be used for something else. There are many hungry people out there, but these women are spending their money on themselves. That is their prerogative.”

Responding to a question on actresses who ‘work’ on their bodies to boost their careers, Young said, “I have always been a big person and it has never stopped me from working. I am still working on my weight because of my health. I may be getting more elderly women’s roles now but it is because I am not a small girl. In this day and age, people must realise that there are roles for everybody. But, we are in the glamour age where everyone wants to look slim.

“The camera has to like the actress, including the producers and directors. So, it may seem like they prefer slimmer people. However, one also needs to be talented to stay up there (in their career). It is not just about looks but also what one can deliver.”

Speaking on the criticisms that some entertainers have got for campaigning for politicians in the forthcoming elections, the actress said, “I really don’t want to talk about politics. I feel if I veer towards a particular side, I have a social responsibility to my fans. The only thing I can say to people who watch me and love my work is that they should get their permanent voter’s cards, and be sure of who they are voting for.”

Previous post Burna Boy’s bodyguards shoot a married man after the singer made a pass at his wife.