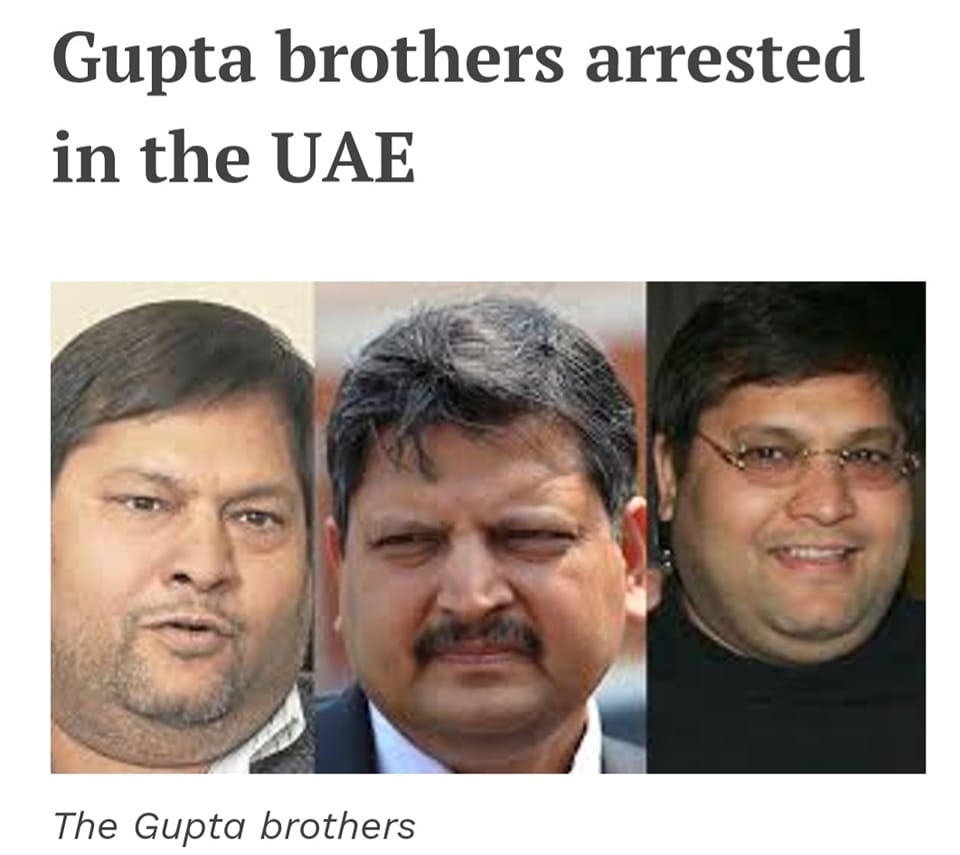 Rajesh and Atul Gupta moved to South Africa from India to run their small business in 1993.

They progressed from selling shoes from their car to running a multibillion-dollar conglomerate spanning mining, computer, airlines, energy, and media.

They befriended the ANC leadership shortly after apartheid ended by positioning themselves as alternatives to White people.

As a result, under Jacob Zuma, they were awarded key lucrative contracts ranging from electricity to railways, as well as numerous state contracts that they inflate and give to government officials.

To give you an insight into how powerful they were. During Jacob Zuma’s administration, they were the only private citizens that use the Presidential wing of the airport. Well after Jacob Zuma left, some emails leaked showing that the brothers might have helped Jacob Zuma and other top government officials to launder about $3.8 billion.

They ran away to Dubai in 2018 where they have been enjoying their loot until now, the UAE government agreed to arrest them and send them back to South Africa for trial. This is quite surprising because Dubai is a haven for financial criminals running away from their home countries. This might be a shift in UAE’s foreign policy. Well, the rise of the Gupta brothers has been as incredible as their fall. See less

December 24, 2016
Manage Cookie Consent
To provide the best experiences, we use technologies like cookies to store and/or access device information. Consenting to these technologies will allow us to process data such as browsing behaviour or unique IDs on this site. Not consenting or withdrawing consent, may adversely affect certain features and functions.
Manage options Manage services Manage vendors Read more about these purposes
View preferences
{title} {title} {title}
Go to mobile version
%d bloggers like this: