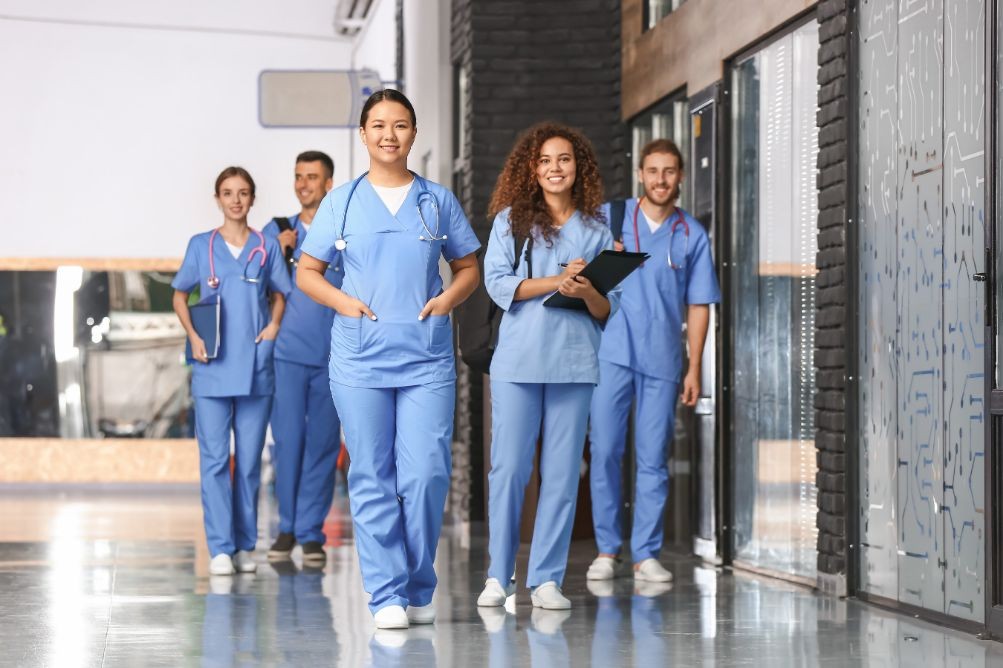 Nearly half of the new nurses and midwives registered to work in the UK in the past year have come from abroad.

The total – more than 23,000 – is a record high and comes as the UK has struggled to increase the number of home-grown nurses joining the register.

Nurse leaders questioned whether international recruitment on this scale was sustainable.

The Nursing and Midwifery Council data for 2021-22 also showed the numbers leaving the profession had risen.

More than 27,000 left the register last year, up 13% on the year before and reversing a downward trend in leavers over recent years.

In many ways this was always expected as significant numbers of staff put off retirement to help out in the emergency phase of the pandemic.

And retirement was certainly the main factor – more than four in 10 cited this – although nearly one in five also blamed too much pressure.

Overall the numbers on the register, which also includes a small number of nursing associates, rose by nearly 26,500 to more than 758,000, the highest number ever. One in five are from abroad.

Nearly all of the international recruits that have arrived in the past year were trained in countries from outside Europe – before Brexit, Europe supplied more than the rest of the world. India and the Philippines are the countries which are supplying the most.

The register covers those qualified to work in the UK – it is not the same as the numbers working in the NHS. Currently, around one in 10 nursing posts are unfilled.

Nursing and Midwifery Council chief executive Andrea Sutcliffe said it was “good news” that the register was at the highest level ever, given the pressures of the past two years.

But she added that there were some “warning signs”, saying the numbers leaving because of work pressure was troubling.

And she said the extent to which the UK had become reliant on internationally trained staff was another “note of caution”.

“These professionals make a welcome and vital contribution, but we can’t take them for granted.”

She said the supply of international recruits could always be disrupted by global events or even another pandemic.

Royal College of Nursing general secretary Pat Cullen questioned the sustainability and ethics of such a level of recruitment from abroad, and called for increased investment in domestic training and better pay for staff.

The government said the NHS followed ethical recruitment practices, by not recruiting from a red list of countries which have declared shortages of health care staff.

All parts of the UK have set out plans to increase the number of nurses and midwives in the NHS.

There are signs that is having an impact on domestic supply routes. The overall number of nurses currently in training has started to rise after the reintroduction of some funding support for student nurses in England in 2020, three years after bursaries were scrapped.

In theory that should boost the domestic supply route.

“I’m determined to continue growing the workforce,” he added.

You may say goodbye to diabetes thanks to a new pill that reverses type 2 diabetes, normalises blood sugar levels, and doesn’t require insulin!

June 6, 2022
Manage Cookie Consent
To provide the best experiences, we use technologies like cookies to store and/or access device information. Consenting to these technologies will allow us to process data such as browsing behaviour or unique IDs on this site. Not consenting or withdrawing consent, may adversely affect certain features and functions.
Manage options Manage services Manage vendors Read more about these purposes
View preferences
{title} {title} {title}
Go to mobile version
%d bloggers like this: