Alright, I have asked this question before but I am asking it again, Which Way Nigeria? Where are we heading to? Is it just me or is it a fact that corruption is still on the increase?

It is not just an issue at home but it is now talked about in foreign countries. The corruption in our country is seen in the form of political fraud, armed and pen robbery, fraud of all kinds to mention a few.

Talking about armed robbery, it is a terrible occurrence in our country even in the small peaceful environment I live in. I used to brag about the safety of the community I grew up in until recently (precisely 2008) when things turned out badly. Crime migrated from armed robbery to kidnapping. Yes kidnap, kidnapping of prominent civil servants and demanding ransom from their families is outrages. I almost lost my heartbeat when I first heard it. The kidnappers demanded ransom which was eventually paid to save the lives of the loved ones kidnapped. The ransom ran into millions Ã¢â‚¬â€œ can you imagine that? I am talking about an environment inhabited by civil servants who are just average income earners. What a world! Did you ask what the police did? You should know better than ask me. Of course the perpetrators were never caught; thatÃ¢â‚¬â„¢s normal isnÃ¢â‚¬â„¢t it.

Armed robbery! That is even worse. It is a terrible thing to fall into the hands of robbers. I was a victim of armed robbery in 2002. It was my final year in Uni and I was going back with two of my friends. I had my parentÃ¢â‚¬â„¢s permission for my younger brother to accompany me to school since he was on holiday and he was getting a bit bored. We were also accompanied by one of my friendÃ¢â‚¬â„¢s dad.

Travelling from Umuahia to Enugu was smooth journey as far as I could tell and I was struggling between sleeping and staying awake. It was when we got to the Nsukka road that the unexpected happened Ã¢â‚¬â€œ ambush. Armed robbers numbering more than twenty-five laid ambush for motorists passing through that road. Initially I thought they were police officers from afar as I did not have my glasses on. Moreover we had encountered many police check points from Enugu to this area so I just told the driver not to worry because when we would get closer they will surely let us go since we had the official vehicle. I thought they were police officer and when we got closer to the scene, I felt like I was dreaming and begged to be woken from this terrible nightmare.

What happened at the crime scene? Lots of people lost their lives to as the robbers open fire with these sophisticated guns Ã¢â‚¬â€œ am not sure whether or not it was AK-47. But I was terrified I nearly peed on myself. And to think of it, they were so heartless Ã¢â‚¬â€œ they made me lie on the hot tarred road irrespective of the fact I was disabled. Not that I expected them to have human kindness. To tell you how scared I was I did not feel the burning coal tar nor the scorching heat from the sun until the whole operation was over.

They took all our monies Ã¢â‚¬â€œ you can imagine final year students going back for the first semester. They scattered all our clothes and beat some of the other people in other cars. If I am not mistaking, they robbed more than twenty cars for close to 2 hours. Where the police? Just like what we see on movies, they came few minutes after the robbers left. Just to let you know how good the Nigerian police are, we passed a police check point not up to five minutes before we met the robbers. They infact walked to the crime scene Ã¢â‚¬â€œ that was how close they were.

On the international scene, we are mentioned more about the crimes we commit rather than the good things about us. I am sure we have quite lots of good things we do. To tell you how bad it is, I could not hide the shame when it was a big issue in the University of Nottingham about a Chinese girl that committed suicide on being defrauded of Ã‚Â£6, 000 by a Nigerian (http://news.bbc.co.uk/1/hi/england/nottinghamshire/7380093.stm). It was all over the news especially in the University environment and I was so ashamed when my friends from other places kept asking if I heard about the suicide and stuffs. It was a terrible thing for us (Nigerians) especially being in the same environment. It now looks as if we are very perfect in internet fraud Ã¢â‚¬â€œ we should not pride ourselves in crime.

Whatever the case may be, I am not giving up on the fact that i go better. When is what I cannot tell. Slowly but surely it seems. Therefore dear friends, do not give up on your individual and collective efforts in trying to make our country a better place for you and for me and for all of us. Let us continue to fight against all militating factors trying to run our noble nation down. 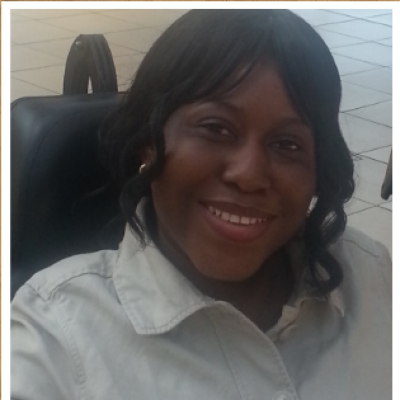