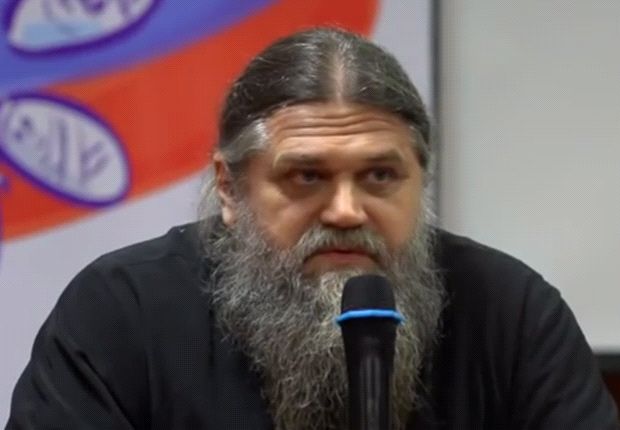 Alexander Shumsky, a Christianity figure, has controversially slammed the haircuts and multi-coloured boots adorned by players in Brazil this summer

The World Cup is "a homosexual abomination", according to one angry Russian priest, who says male footballers may as well wear women's underwear and bras.
Orthodox Christianity religious figure Alexander Shumsky came out with the controversial stance against the biggest single event sporting competition as it reaches the semi-final stage.

Although most people might see the different types and colours of boots adorned by footballers as a good variety, Shumsky slammed the choice of footwear and claims that liberals are trying to drown traditional Christianity with football.
"Wearing pink and blue shoes is like wearing women's underwear or wearing a bra," he ranted on Christian website Russian People's Line.
"The liberal ideology of globalisation is opposed to Christian values with football. I'm sure of it."
The pink and blue boots which Shumsky is referring to are PUMA Tricks, which were released shortly before the tournament and were worn in South American this summer by the likes of Italy's Mario Balotelli, Spain's Cesc Fabregas and Brazil's Dante.
Russia, coached by Fabio Capello, were unable to scrape out of Group H and were sent packing early in the tournament but Shumsky is delighted that his compatriots made a swift exit.
"I am glad that Russia were eliminated and, by God's grace, no longer participate in this homosexual abomination that is the World Cup."
The Russian priest even took offence at footballers' haircuts, branding them "unthinkable" during his controversial rant.
Fifa will be hoping that Shumsky represents a tiny minority of Russians as the nation will be hosting the World Cup in four years' time.

The Federation of International Football Associations (FIFA) has given Chris Giwa and its factional NFF board until Monday, September 8 to vacate the Glass House, failure to do so will earn Nigeria an outright suspension. Stating this in a signed letter by its Secretary-General, Jerome Valcke, the FIFA Emergency Committee “decided that should there still […]

Unless the ‘impossible’ happens Wednesday, Nigeria may be the first country to qualify for the final round of the 2014 World Cup qualifiers from Africa. The African champions who are heading to the FIFA Confederations Cup starting this weekend in Brazil are going to end this phase of the qualifiers Wednesday evening with 11 points […]

Former Enyimba and Iwuanyanwu Nationale coach, Tony Ukeachu, has told the Nigeria Football Federation, NFF, to learn from past mistakes made by their predecessors that cost the country better outings  in the World Cup. He argued that the current struggling with coach Stephen Keshi over the Super Eagles team list portends danger for the team […]