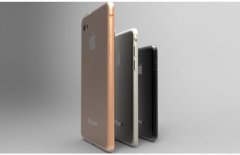 It's hard to go a day without hearing a new iPhone 6 rumor, but today's (July 3) report out of China are among the more tantalizing, if not a bit hard to believe.

China.com claims that Apple has set a firm Sept. 25 release date for the 4.7-inch iPhone 6, which will be followed by a 5.5-inch model dubbed the "iPhone Air" later in the year.

The biggest hole in this rumor is that Sept. 25 is a Thursday, and Apple historically releases new iPhone models on Fridays. We think the iPhone 6's previously rumored release date of Friday, Sept. 19, carries more weight, but nothing is certain. Apple is already set to shake things up with two significantly different handsets set to launch this year, so a change in release timing isn't out of the question.

Speaking of different handsets, AppleInsider points out that the long-rumored 5.5-inch iPhone will be called the iPhone Air. This would surely help differentiate the two devices should they both release this year, but it would be a little strange for Apple to name its biggest-ever smartphone after its "Air" products, which are associated with thinness and lightness.

Whichever September date it happens to arrive on, the iPhone 6 is expected to launch with iOS 8, a zippy A8 processor, an extra-durable sapphire display and NFC capabilities. The device's rumored launch window is only two months away, so stay tuned for the official details straight from Tim Cook.

#BeatYesterday The Garmin Way With MTN

January 13, 2016
Manage Cookie Consent
To provide the best experiences, we use technologies like cookies to store and/or access device information. Consenting to these technologies will allow us to process data such as browsing behaviour or unique IDs on this site. Not consenting or withdrawing consent, may adversely affect certain features and functions.
Manage options Manage services Manage vendors Read more about these purposes
View preferences
{title} {title} {title}
Go to mobile version
%d bloggers like this: