AWKA- CONTROVERSY has continued to trail last weekâ€™s reading of the Will of the late Ikemba Nnewi, Dim Chukwuemeka Odumegwu Ojukwu at the Enugu High Court, with Ojukwuâ€™s lawyer, Mr. Emeka Onyemelukwe saying yesterday that Emeka Ojukwu Jr. lied when he claimed that he (Onyemelukwe) was not his fatherâ€™s lawyer.

Emeka Ojukwu Jr had dismissed the Will, saying that it was not his fatherâ€™s Will and vowed not to obey it. He also said he did not know Onyemelukwe as his fatherâ€™s lawyer.

But backing his long standing relationship with the late Ikemba Nnewi with documents, Onyemelukwe said he prepared Ojukwuâ€™s Will in July, 2005 and the CODICIL which gave details of the contents and corrections of what was missing on the original Will, with Ojukwu on 24th July, 2009, insisting that Ojukwu had no other Will and that the one read in the court last week is incontestable.

He said: â€œIt was a blatant lie for Emeka Ojukwu Jr to say that he did not know me and that I was not his fatherâ€™s lawyer, when I was the person that prepared the legal documents for Ojukwuâ€™s commercial property at No 26 Sokoto road, Onitsha yielding millions of naira, which Emeka Jr is managing and collecting rents and was the lawyer that handled Ojukwuâ€™s case against the federal government from the High Court to the Supreme Court.

â€œI was also the master of ceremony, MC, when Emeka Jr. wedded at the Holy Ghost Cathedral, Enugu to the daughter of the late Chief Cyprian Ekwensi and the reception was held at Nike Lake Hotel, with Justice Iguh formerly of the Supreme Court as the chairman of that wedding.

â€œBefore Ojukwuâ€™s Will was read last week, I was the one that sent text messages to all the parties concerned, including Emeka Jr. I got his two telephone numbers from Mr. Val Nwosu, Ojukwuâ€™s nephew. The text read: The Will of your late father will be read on Friday, 20th November, 2012 at the Probate Registry at the Enugu High Court. Kindly inform Okigbo and Mi Mi (Ojukwuâ€™s other children).

â€œI also sent the text to Ebele who is Ojukwuâ€™s daughter from Stella Onyeador, Mark Ezemba who was Ojukwuâ€™s best man during his wedding with Bianca. So the pretence by Emeka that he was not informed about the reading of the Will did not hold water.

â€œHis claim that I was not his fatherâ€™s lawyer is also not true. On 24th July, 2009, I was the person that registered the power of attorney for Ojukwu for the property at No 7 Forest Crescent, Enugu. I am also in possession of the Certificate of Occupancy, C of O, of Ojukwuâ€™s landed property contained in the Will. 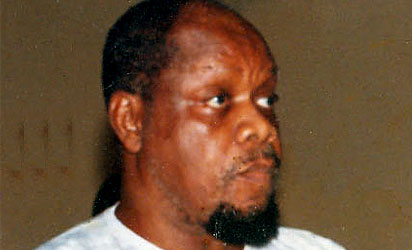 Onyemelukwe also debunked the insinuation that Bianca had a pre-knowledge of the contents of the Will before it was read, adding â€œwhat I knew was that Ojukwu asked Bianca to bring all the documents when I was going to prepare the Will and anytime we were writing the Will, I was doing it with Ojukwu in his library at the Forest Crescent in Enugu.â€

The lawyer also said that he was even taken aback by the decision of Ikemba to Will the mansion at Nnewi to Emeka Jr because that property was built due to much pressure mounted on Ojukwu by Binaca to build a house in Nnewi.

He continued: â€œThat was when Ojukwu was managing toll gates during the regime of Abacha and the person managing it for Ojukwu was asked to design and build the house at Nnewi. Before then, Ojukwuâ€™s bungalow had burnt down and Ezeigbo had no place to stay whenever he came to Nnewi.â€

Onyemelukwe also spoke on the incident that happened at Nnewi a day before the one year memorial service for Ojukwu, regretting that when Bianca sent some people to clean the house, some people allegedly sent by Emeka chased them out of the compound.

He said that Emeka even benefitted so much from his father, adding that the Sokoto street lock up shops which had more than 30 lock up shops and was not contained in the Will is being managed by Emeka Jr and it yields millions of naira.

Ojukwu’s Message as He Flees Biafra (1) (1) Pre-recorded and broadcast over Biafran radio at 6:00 a.m., 11 January 1970. (Text from B.B.C ME\3277\B1.) Proud and heroic Biafrans, fellow countrymen and women, once again I salute you. My Government has been reviewing the progress of this war that has now raged for the past two […]

AZIKIWE CONDEMN'S NZEOGWU'S COUP (Press Release, January 16, 1966. England) Violence has never been an instrument used by us, as founding fathers of the Nigerian Republic, to solve political problems. In the British tradition, we talked the Colonial Office into accepting our challenges for the demerits and merits of our case for self-government. After six […]

Interview with Major Chukwuma Kaduna Nzeogwu Reference: Crisis and Conflict in Nigeria, January 1966 – July 1967. A. H. M. Kirk-Greene. Oxford Univeristy Press, 1971 Ejindu: I am glad to meet you, Sir. How would you feel if you knew that you are being regarded as a hero? Nzeogwu: Very pleased naturally. But the truth […]