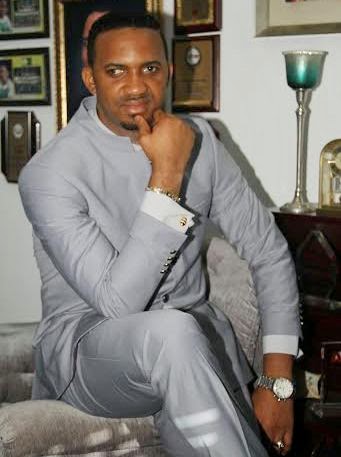 God forbid o. Below is a press release sent out to media houses…

The senior pastor of popular Nigerian church Liberation City, Dr Chris Okafor has warn against untimely air accident looming while a political party members are going for a political campaign as the general election draw nearer. Speaking at the glorious Sunday services on the 1st of February 2015,the Oracle of God as he is fondly called said he sees a plane crash with a political campaign team inside it. He said there is also a heavy cloud that is about to rain blood before the election. He also warned that a popular governorship candidate might not be alive to witness the governorship election he is supposed to take part in it.

The man of God also said there will be war on the outcome of the general election because someone will win and the other person will be rigged in and declared as the winner, he said this will generate lot of bloodshed for months. But if proper prayer is done it can be averted the man of God also revealed that God show him that the terrorist group are coming up in a new dimensions. He said those group will dress in a regalia like a religion leader to operate. He also remarks that he saw a long queue in filling station around the country signaling another round of fuel scarcity.

He said with prayer the looming crisis which is targeted to take place before February -2015 general elections can be averted. The oracle also warns the security agencies must be very vigilant in countering this plan of the terrorist. The church has however prayed to avert all the latest prophecy. It will be recalled that nearly 12 days after Dr Chris okafor gave a prophecy on fire outbreaks , it came to pass among many other one he predicted

EMBATTLED Christ Embassy Church founder Pastor Chris Oyakhilome is under fire again after it emerged that he charged parishioners a N1,000 (£3.60) gate fee to attend a New Year’s Eve service in Lagos.   On April 9 last year, Pastor Oyakhilome’s wife Anita filed for a divorce citing unreasonable behaviour and adultery as her grounds for […]

Alhaji Saidu Buhari, the Chief Imam of Jundulahi Central Mosque in Osogbo, on Thursday urged Muslims to continue to pray for the country’s peaceful existence, security and prosperity. Buhari, who gave the advice in an interview in Osogbo, also urged Muslim faithful to emulate Prophet Mohammed. “Mohammed during his lifetime preached and practised a religion […]

The Synod of the West of the Presbyterian Church of Nigeria has raised the alarm over the ugly phenomenon of forced prostitution and child/human organ trafficking which,  it said, had assumed pandemic proportions in Nigeria. A  communiqué issued at the end of the 18th Annual Meeting of the Synod held at the Lagos Presbyterian Church, […]