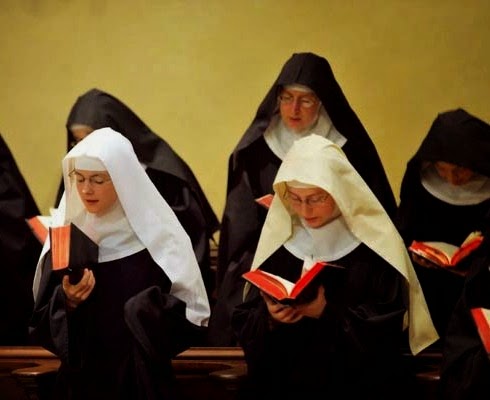 A nun has stunned her mother superior and sisters after giving birth to a baby boy after complaining of severe stomach pains.The sister, who belonged to an order in Macerata, in the eastern Italian region of Le Marche, claimed to have no idea she was pregnant when she was rushed to hospital in agony, after which she gave birth.

The 31-year-old nun said she had no idea that she was pregnant and thought her labour pains were just "stomach cramps".An ambulance was called after the pregnant nun collapsed in the nunnery.

Local media refused to name the nun, who is currently recovering in Bartolomeo Eustachio Hospital in San Severino with her sisters reportedly at her bedside.The newborn baby boy is in good health but will stay in hospital for medical checks.The mother's convent has yet to issue a statement but reports suggest the sisters have shown interest in taking charge of the baby, L'Unione Sarda reported.

The case bears a striking similarity to that of a 33-year-old Salvadorean nun in Italy, who gave birth to a baby boy last year, whom she named after Pope Francis.She told her social worker she did not feel guilty and would raise the child saying: 'I am so happy. 'He is a gift from God. I feel more of a mother than a nun.'

“What rules today is not man, it is money.. Pope francis

What rules today is not man, it is money… We are often guided by the arrogance of domination… Men and women are sacrificed to the idols of money and consumption" – Pope Pope Francis blamed widespread degradation of the natural environment and disregard for human life on an increasingly common “throwaway culture” that places no […]

T.B Joshua prophesied about Pope and call for prayer

Nigerian Prophet T.B. Joshua gave another surprising revelation in his church service on Sunday 7th August 2014, specifically calling for prayer for Pope Francis of the Catholic Church, as well as prophesying an imminent hijacking of a plane by ‘militants’.“There is a very big religious leader,” Joshua began, describing the said person as a ‘father’ […]

Currently, there is a disturbing practice in the Church where leadership as embodied in the pastor is considered inerrant and therefore above scrutiny. Since the pastor is the servant and mouthpiece of God, it is usually reasoned that anything he says or does carries divine approval that cannot be questioned. And the Scripture most often […]