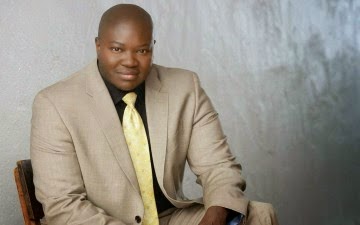 He used to be a woman. Born in Lagos Nigeria. Now living in the US as Rizi Xavier Timane, a man. In an interview with Ebony, he reflects on his journey to living his truth, and the burden that comes with doing it in a country (US) that doesn't value 'Black men'. I was born in Lagos, Nigeria, and I was assigned the female gender at birth. Both of these facts amounted to one thing: I had no power, no respect, and no privilege, nor would I have much of any of these throughout my life. Add in that I came from a less than wealthy family and was, for all intents and purposes, a lesbian, and I became a truly invisible human being; when I wasn’t being ridiculed or abused, I basically did not exist.

I say "for all intents and purposes" because for as long as I can remember, I never thought of myself as a girl. Though I didn’t know what to call it as a young child—I had no idea there even was a name for what I felt until I was eight years old, when two friends saw a transgender person on an American talk show and told me about it—I knew I was different. I felt how the boys I knew looked: masculine and tough, not feminine and delicate like my girl friends. I preferred pants to dresses, speaking my mind over being quiet and demure, and roughhousing in the dirt was infinitely more compelling playing dress-up with my mother’s clothes.

Still, this gave me no status in the male-driven, patriarchal Nigerian society. And I grew up thinking this was my station in life: to be misunderstood and miserable, trapped in a body I did not feel was my own and stuck in a country that was homophobic, transphobic, sexist, and hyper-religious. When I told my family about how I felt, they told me to keep quiet. My mother and her church friends repeatedly performed exorcisms on me, trying to rid me of the demons that had made me what I was.

Every day between the ages of eight and twelve, I got down on my knees and prayed that God would change me into the boy I knew I was inside. When that didn’t work, I tried running away from how I felt, turning later in life to drugs and alcohol and battling severe depression along with my gender dysphoria. I resigned myself to identifying as a Black lesbian for the rest of my life and to all the cultural bias and discrimination that comes with it, particularly in my country of origin, where being gay or lesbian can lead to imprisonment.

Eventually, through a long and difficult process of self-realization, I came to see that I did have some choice in the matter of how I presented my gender identity to the world. That I wasn’t tied to that female body and its attendant dearth of cultural value. Today, after twenty surgical procedures plus ongoing hormonal treatments, I can proudly say that I am completely male inside and out. No longer am I the scared child living in an oppressive nation or the adult going through the motions in a life that was not my own. I am now a heterosexual man living in the United States and enjoying all the societal respect and privilege I’d missed out on for so long, when I was not able to express my authentic self.

As a man, I enjoy a higher status than I did when I lived as a woman—people listen to me when I speak and automatically value my opinions; I no longer feel meek and subservient, as I believed I was supposed to be. Of course, there are other challenges now that I am living in my truth. As a Black man, however, I constantly feel like I have a target on my back–like I am the focal point of America’s most vehement hatred right now. I know that I could lose this life I’ve worked so hard to build in an instant—another Michael Brown, another John Crawford, another Eric Garner. Black teen boys are twenty-one times more likely than their White peers to be killed by police and the stats aren't much better when you turn 21. One in three of us can expect to go to prison in our lifetime. Whenever I leave my house now, my wife reminds me to keep both hands on the steering wheel if a cop pulls me over, so he doesn’t think I’m reaching for a gun. While I don't dismiss the tragic cases of police violence against Black women, it's not lost on me that she didn't say this when I presented as a woman.

Overall I feel that much of my struggle as a transgender individual is behind me. But as a Black man, my journey has just begun. This is not exactly the life I signed up for. Not that I thought living as a man would be one nonstop party, but I guess we don’t realize how serious a situation can be until we live through it. Still, I'm grateful; despite the trials of being a Black male in America, I am finally comfortable in my skin, and that alone brings me a sense of personal power.

How to flirt, according to science

We're constantly hearing how frequently people have sex and how what's normal for one couple may be totally freakish for another and vice-versa. But one thing seems to be true across the board — researchers, women's mags, movies, TV all make seem like no one's ever having enough sex. Especially not married people who particularly […]

A Federal High Court in Lagos, on Wednesday, warned it would commence trial in a case against 50-year-old Yesiru Onajobi, standing trial for alleged incest. Justice Chukwujekwu Aneke adjourned the case to March 5, following the absence of a counsel for Onajobi. The accused, resident at Bogije St., Ibeju, in Lekki Lagos, is standing trial […]