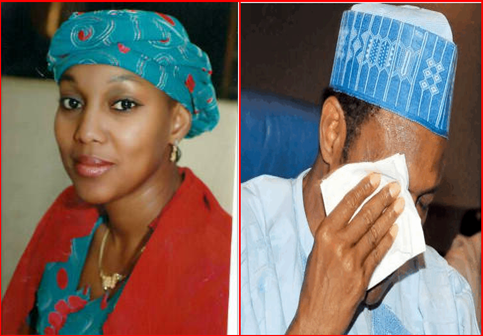 APC has criticized President Goodluck Jonathan for using late Buhari’s daughter, Zulaiha Buhari who was suffering from a sickle cell disease and died at 40 while trying to give birth to her 3rd child in a campaign documentary.

A lot of people have also been condemning the documentary which runs on AIT, while APC’s Kaduna Governorship aspirant, El-Rufai also has one or two things to say about it.

According to El-Rufai, using Sai Buhari’s late daughter in the documentary was wrong and it was also full of 'lies'.Continue below to see the rest of what he highlighted. 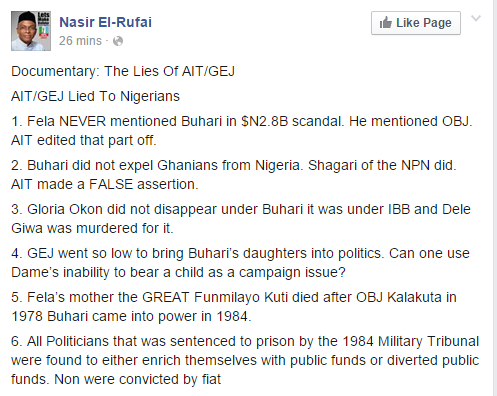 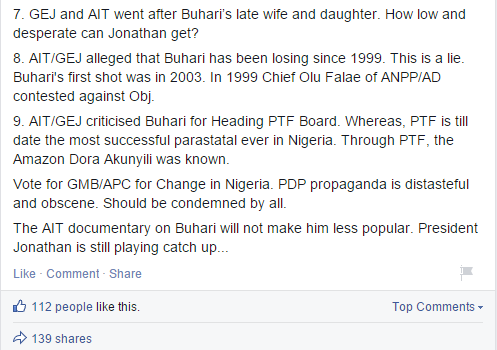 LUCK ran out of a suspected 64-year-old ritualist, Michael,who lured an 11-year-old girl, Faith Irabor, from Agbor, Ika South Local Government Area, Delta State, to his home at Egbudu Akah, Aniocha area of the state, today, as he was caught by soldiers. Faith was hawking sachet water at the popular Uromi Junction, along Benin City-Asaba […]

A Virulent Form of Absurdity: When Society and Politics go Insane

"Politics is the art of looking for trouble, finding it everywhere, diagnosing it incorrectly, and applying the wrong remedies." —Groucho Marx "Politics, noun:  A strife of interests masquerading as a contest of principles. The conduct of public affairs for private advantage." —Ambrose Bierce, The Devil's Dictionary The insanity is palpable the moment you step out […]

The Rivers State Chapter of the All Progressives Congress (APC) has raised the alarm after a group of people were caught thumb-printing fresh ballot papers in parts of the State under the supervision of local leaders of the Peoples Democratic Party (PDP) in the State. The alarm was contained in a press statement signed by […]