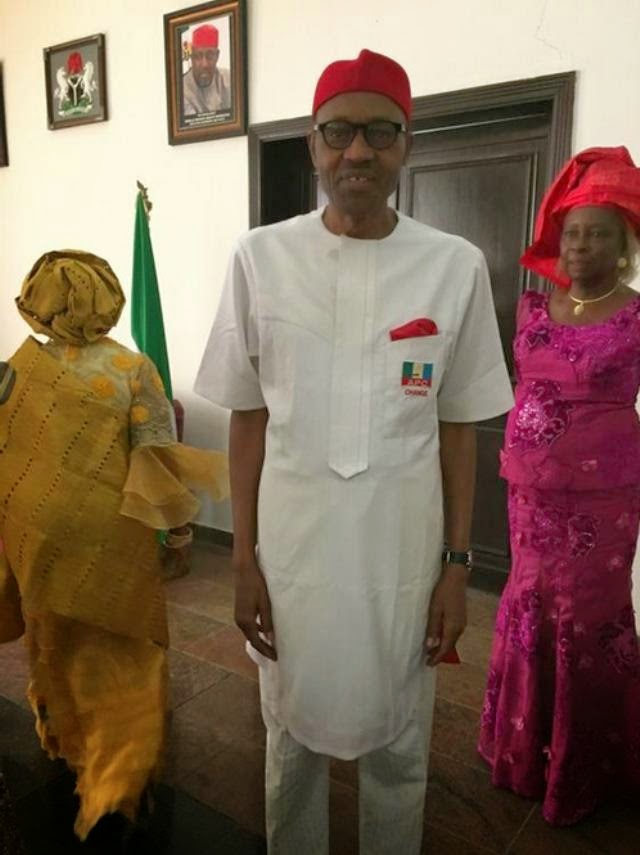 Contrary to a widely circulated hospital report on the internet, purportedly from Ahmadu Bello University Teaching Hospital, Zaria, claiming that the presidential candidate of the All Progressives Congress (APC), General Muhammadu Buhari, is suffering from prostate cancer, the management of the hospital has flatly debunked any knowledge of the medical report.

A statement by the Directorate of Media and Publicity of the APC campaign in Abuja yesterday described as disdainful, distractive, mischievous, fake and fallacious, the trending news report of the alleged prostate cancer condition of its presidential flag-bearer, being credited to a source from the renowned teaching hospital.

The medical report which was supposedly gotten by some reporters of NewsDay alleged that the presidential candidate’s medical situation was arrived at through a method known as digital rectal examination (DRE) in detecting the prostate cancer clinically.

The newspaper stated that, “As learnt by our team of investigative reporters, the DRE finding was indicative of prostate cancer, arc; Asymmetry of prostate gland. A nodule, induration of part or whole prostate, hard or woody consistency of part or all of the prostate, obliteration of the median sulcus in advanced cases, palpable seminal vesicles.“The case of Pa Muhammadu Buhari is a serious medical condition, as it has gotten to the levels of that of an elevated prostate-specific antigen (PSA),” the newspaper alleged, quoting a doctor who would not want his name on print.

However, debunking the story in its entirety, Garba Shehu, APC’s director of media and publicity, said the report of cancer is untrue and condescending of its exponents. “I have it on good authority that GMB (General Muhammadu Buhari) has not visited the Ahmadu Bello University Teaching Hospital in the last five years.

So, how can anyone say that he was diagnosed with prostate cancer last October, barely three months ago?“This is the highest point of political distraction, malice and mischief.

The report was not only fake, but unfounded. I have spoken to impeccable sources at ABUTH, all of whom denied the report and also claimed that the letterhead used was not their regular one, and that Dr Bala Mohammed that purportedly approved the false medical report is not on the personnel list of that department,” he said.Also, Shehu said sources at ABUTH disclosed that “medical report analysis only come from laboratory technologists and not medical doctors as handwritten in this particular case, stressing that General Buhari did not attend the hospital for cancer or any other ailment.

”Shehu also dismissed as figment of the imagination of “wicked and evil persons”, rumour that General Buhari may travel to the United States towards the end of this month for medical check-up, restating its earlier statement on Friday that Buhari was as fit as a fiddle.Shehu, while dismissing the report as fabrications, however, said that “as a prominent leader of the opposition, many interests across the globe want him (GMB) over for political and diplomatic consultations,” adding that the “invitation to the US may not be unconnected to this.”According to him, “Pathology tissue biopsy was involved in the diagnosis that produced the results.”

The Rivers State Chapter of All Progressives Congress (APC) has alleged that over 30 of its supporters have been killed in the political violence that has rocked the State in the past few months. The party stated this in a press statement today, Thursday 26 February 2015. “Our investigations showed that we have lost no […]

Jonathan is a blessing to Nigeria – Olejeme

Price of Executive Sluggishness -Jega out and Mimiko in

Guardian News – Houston, TX – Chairman of the Nigeria’s Independent National Electoral Commission (INEC) Professor Attahiru Jega is on his way out for reasons associated with a lackadaisical handle of the country’s 2015 general election practice. To make the situation worse, he failed to communicate appropriately, his group’s readiness to undertake the process, creating […]