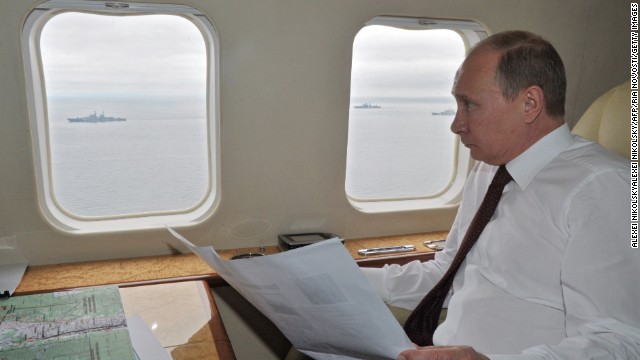 (CNN) — Russia is in the midst of its biggest war games since Soviet times, with 160,000 troops, 130 planes, 70 ships and thousands of tanks and armored vehicles participating in the country's Far East, according to media reports.

Russian President Vladimir Putin ordered the drills last Friday and they began that night, according to reports from the RIA Novosti news agency. Putin flew to Sakhalin island off the eastern coast to oversee the games on Tuesday, Russia's presidential press service reported.

"The main purpose of the activities is to check the readiness of the military units to perform assigned tasks and evaluate of the level of personnel's training and technical preparation as well as the level of equipment of units with arms and military equipment," the Russian Defense Ministry said in a statement reported by Russian Television. 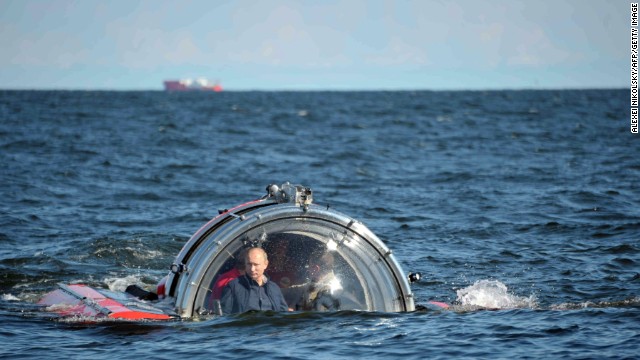 In pictures: Cult of Putin

"The Sakhalin part of the maneuvers was intended to simulate a response to a hypothetical attack by Japanese and U.S. forces," Konstantin Sivkov, who is retired from the Russian military's General Staff, told the Nezavisimaya Gazeta newspaper, according to a report from the BBC.

But Russia's deputy defense minister, Anatoly Antonov, said the games were designed to "enhance the army's combat readiness" and were not directed against any specific nations, the BBC reported.

Some of the units involved in the exercises moved more than 3,000 kilometers (1,800 miles) from their bases to participate, according to the Russian media reports.

The current drills, which are expected to last through the week, are the latest in a series of snap exercises conducted by the Russian military this year, Russian Television reported. Similar drills have been conducted in the country's west, south and central military districts, the report said.

Anchor quits: I can’t be part of network ‘that whitewashes’ Putin’s actions

(CNN) — Another member of state-funded Russia Today made waves on Wednesday — not by standing behind Moscow, as the news network is wont to do, but by bucking it. From the anchor chair, Liz Wahl closed a show — as seen in video which she later tweeted — talking about the “ethical and moral […]

President Obama welcomes the Senate vote Friday to confirm a new commissioner of the Internal Revenue Service.   Obama's statement:   "I applaud the bipartisan majority of Senators who today confirmed John Koskinen as the next commissioner of the Internal Revenue Service. John has decades of private and public-sector experience, and he has led institutions […]

AUSTIN, Texas (AP) â€” Republican Attorney General Greg Abbott says Ted Nugent “rightly apologized” for degrading comments that resurfaced after Abbott welcomed the polarizing rocker to his campaign for Texas governor.   But Abbott in a statement Friday didn’t back away from inviting Nugent in the first place. He said “it’s time to move beyond […]