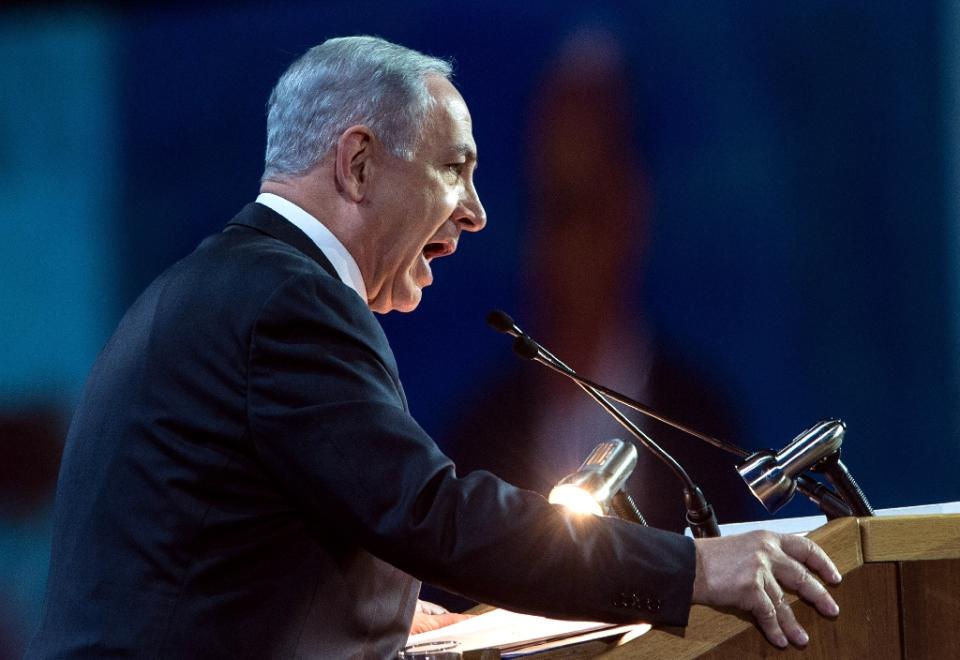 Washington (AFP) – US President Barack Obama faced down criticism from Israel's prime minister over talks with Tehran on Monday, insisting a minimum ten-year deal offers the best hope of avoiding a nuclear-armed Iran.

With Netanyahu in Washington to lobby against an agreement and crunch US-Iran talks underway in Switzerland, Obama said Netanyahu had been wrong about talks in the past.

Obama told Reuters if "Iran is willing to agree to double-digit years of keeping their program where it is."

If the freeze was verifiable "there's no other steps we can take that would give us such assurance that they don't have a nuclear weapon."

Tehran denies its is trying to build a bomb.

Israel believes a deal as short as ten or 20 years would mean Iran would arrive at the threshold of being a nuclear weapons power in virtually the same political environment as today.

Netanyahu on Monday told a pro-Israel conference that a deal with Iran would "threaten the survival of Israel."

Obama said that sentiment is wrongheaded, noting Netanyahu's previous opposition to an interim Iran deal as evidence Israel should back the talks.

"It has turned out that in fact, during this period we've seen Iran not advance its program. In many ways, it's rolled back elements of its program."

Reaching a deal with Iran has become a key foreign policy objective for Obama as he enters the final years of his presidency.

He admitted there was "substantial disagreement" with Israel on the issue, but sought to play down suggestions of a lasting rift with Netanyahu.

"This is not a personal issue. I think that it is important for every country in its relationship with the United States to recognize that the US has a process of making policy."

In recent days the White House and Obama have been ever-more detailed about what they believe the contours of a deal with Iran might be, raising speculation that a rough agreement could be achieved by a March deadline.

White House spokesman Josh Earnest on Monday said the any deal would have to shut down "four pathways" for Iran to acquire fissile material needed to build a nuclear weapon.

That includes dealing with enrichment capacity at the Natanz, Fordow and Arak facilities, as well as ensuring "Iran does not have the capacity to pursue a covert option at a facility that is not yet known to the international community."

But Obama said the odds were still on Iran rejecting a deal.

"I would say that it is probably still more likely than not that Iran doesn't get to 'yes'," he said.

There's a new set of little footsteps scampering around the White House grounds.   The Obamas have welcomed a new puppy into the household, a year-old Portuguese water dog named Sunny, according to the White House blog.   Sunny, a girl, is of the same breed as Bo, the Obamas' boy dog that was a […]

Thousands gathered Saturday at rallies in more than 100 cities nationwide to remember Trayvon Martin, to press for federal civil rights charges against the man who shot him, and to attack stand-your-ground self-defense laws. George Zimmerman's acquittal a week ago on all charges in the shooting death of the unarmed black teen touched off protests […]

In the wake of his questioning of President Obama’s love for this country, former New York City Mayor Rudy Giuliani is catching flak from Democratic National Committee chair Debbie Wasserman Schultz. “This kind of comment is unwelcome and dangerous,” Schultz said. “The President is the most powerful person on the planet. Insulting him like this […]