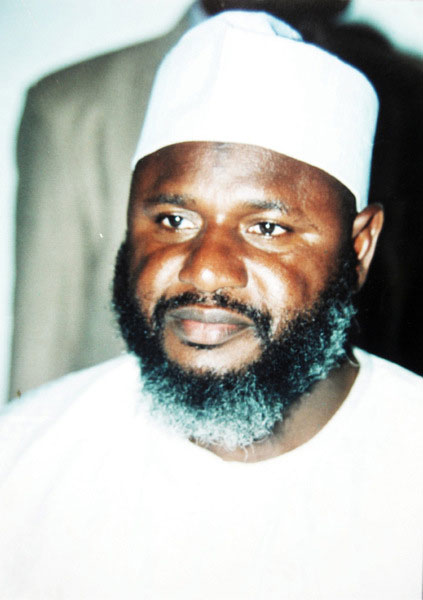 Senator Ahmed Sani Yariman has lambasted his critics over his stand on the issue of early marriage. In a statement by the Senator, he said; “Nigeria has many uncountable problems and none of them is early marriage. As a matter of fact early marriage is the solution to about half of our problems. For those who wonder if I can give my daughter(s) out in marriage at the age of 9 or 13, I tell you most honestly, I can give her out at the age of 6 if I want to and it’s not your business.”
According the former governor of Zamfara,; “This is because I am a Muslim and I follow the example of the best of mankind, Muhammad (PBUH). In Islam, marriage is not only about sex, it is about family and helping one another in achieving their goals, which is the attainment of Paradise.”
Yerima said in his statement that; In Islam, a girl can be given out in marriage as early as 6 years old, but consummation of the marriage can only be done when the girl becomes physically mature and she gives her consent to it because unlike English law, it is not permissible for a man to rape his wife in Shari'ah Law.”
“So what can anybody tell me? I live in a city where young girls at the age of 12 have already became serial fornicators and cannot count the number of man they've had sex with.~ I live in a City where primary school children disvirgin themselves behind toilets on Valentine day.”
“I live in a city where young girls flood the street at night looking for men that would give them N500 to have sex with them. I live in a city where parents send their daughters out overseas to prostitute and send dollars down.”
“I live in a City where Government officials pick undergraduates from University car parks with Coastal Buses to wild sex parties.”

“I live in a city where abortion is so common that even a Chemist store owner can perform abortion with just N2,500. These are your daughters, and this should worry you and not Yerima's private matters. So ask me again why I support early marriage and I will slap the Jinn out of your head,” he said.

Abuja – Gov. Gabriel Suswam of Benue says he will not identify with Northern State Governors Forum (NSGF) unless the leadership and some of the members purge themselves of betrayal of confidence. Suswam made this known when he spoke to State House Correspondents shortly after a closed door meeting with President Goodluck Jonathan, in Abuja […]

Fingers tickle keyboards fastidiously, bright-colored walls boast signs reading "We Code Hard," and an idle foosball table waits for its next contenders. These are all signs you've entered a place for passionate tech enthusiasts. But if 'Bosun Tijani has his way, this is where Nigeria's next great idea will be born. Tijani is co-founder of […]

Nigeria's military said it has killed 17 insurgents in an attack on two training camps belonging to the Boko Haram Islamist group. One soldier was also killed in the firefight that broke out after they moved in on the camps, backed by helicopter gunships, the military said. Spokesman Lt Col Sagir Musa said the "fortified" […]