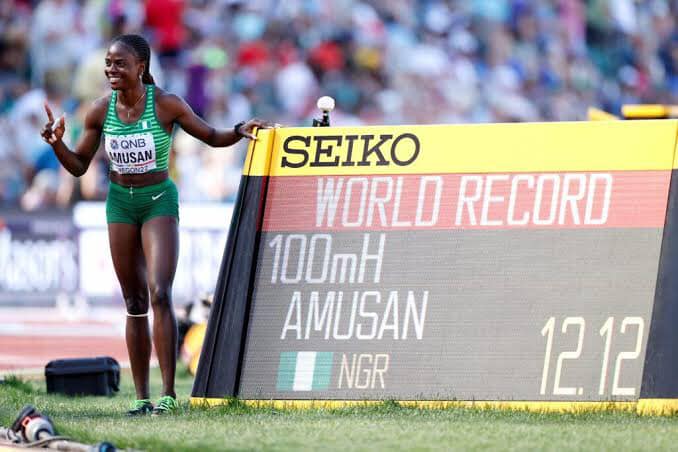 0
Spread the love
6
Read Time:4 Minute, 10 Second
The week began on a dolorous note. Gloomy, sepulchral. Early Sunday morning, a ghoulish video began to make the rounds, in which abductors of the train passengers held since March 28 were being brutally beaten up, with their captors threatening fire and brimstone against everyone in the country. It was a very sad spectacle.
A cocktail of other negative stories cascaded out. Police station attacked in Ondo, cop killed. Bandits kill many in Kaduna, Taraba, Plateau. Later in the day, we heard of bandits attacking troops of the Guards Brigade, with three soldiers dead. And the Nigerian Labour Congress, in the midst of it all, was threatening to shut down the country in sympathy protests with the striking academic staff of universities. It never rains, it pours.
But however overcast the sky may be, the ravening clouds are not always completely victorious. They don’t possess the entire sky. You always see streaks of light. That blistering light came from Eugene, Oregon, United States of America, where the World Athletics Championship, was taking place.
Nigeria’s Tobi Amusan, 25, had won Gold in 100 meters hurdles, setting a world record in the process. In fact, she had set two records within 90 minutes, first in the semi-final race, and then in the final. But the second was deemed wind-assisted, as the speed of the wind was above the legal limit.
Oluwatobiloba Ayomide Amusan had done what Napoleon couldn’t do. She had won the first ever Gold medal for Nigeria in a World Athletics Championship. The flag of Nigeria was fluttering proudly in the global skyline, and our National Anthem was resonating melodiously. What a great time to be Nigerian, a breath of fresh air in a country being asphyxiated by bad news from every corner.
Tobi Amusan had burst into the limelight in 2013, when she won Gold at the African Youth Championships in Warri, Delta State. She performed the same feat in 2015 at the African Junior Athletics Championships in Addis Ababa, Ethiopia. But she was nowhere near where she was going yet.
In November 2016, she had posted on Twitter:” Unknown now, but I will be Unforgettable. I shall persist till I succeed.”
Yes, that’s the spirit. She needed to persist till she would get to the very top, reminding me of the memory work my school principal father gave all his children when we were young: “If at first you don’t succeed, try, try, try again.” He got us to repeat it so many times, till it became ingrained in our psyche.
Tobi fell just short of the mark in some global competitions over the past couple of years. She would end in the fourth position, till she described herself as the “almost girl.” She finished 4th at the Championships in Doha, and at the Tokyo Olympics. Her words: “I was the ‘almost girl.’ I got fourth, fourth, and fourth. Now I finally did it.”
Yes, she did it along with long jumper, Ese Brume, who also won a Silver medal at the Championships. An elated President Muhammadu Buhari described them in superlatives, extolling them for bringing honour to the motherland.
I watched Tobi Amusan as she climbed the dais to be invested with her medal. Besides herself with joy after crossing the finishing line ahead of others (who wouldn’t?), she was a perfect picture of calmness. The Gold medal was emblazoned around her neck, followed by the National Anthem.
The song wafted forth, with that look of wonderment on the face of the new champion. When it got to; “the labour of our heroes past shall never be in vain, to serve with heart and might…” lo and behold, Tobi began to cry. As the tears streamed down her face, I was surprised to see myself crying with her. And unabashedly too.
This was our country standing tall in the comity of nations. Our country, not a zoo. Our country is not a failed state. Our country, beleaguered, besieged, but not broken, indeed, unbreakable, and being celebrated. Nigeria we hail thee. Our own dear native land. Tobi cried, and I cried along.
The English writer, William Cowper (1731-1800), was the one who looked at his country, and exclaimed:” England, with all thy faults, I love thee still-My country.”
Nigeria, with all thy many faults, I love thee still-My country.
Was I ashamed of my secret tears? No. As Charles Dickens wrote in Great Expectations, “Heaven knows we need never be ashamed of our tears, for they are rain upon the blinding dust of the earth, overlying our hard hearts. I was better after I had cried, than before-more sorry, more aware of my own ingratitude, more gentle.”
May we always be aware of our ingratitude to this blessed but blighted country. And may we be more sorry, more gentle. Nigeria shall win over all her adversaries. Las las. Amen.
*Adesina is Special Adviser to President Buhari on Media and Publicity

Previous post This is how to punish Gistlover, I love this man – Blessing CEO hails Apostle Suleman for slamming blogger over sexual scandal

Next post Nokia CEO ended his speech saying this “we didn’t do anything wrong, but somehow, we lost”.