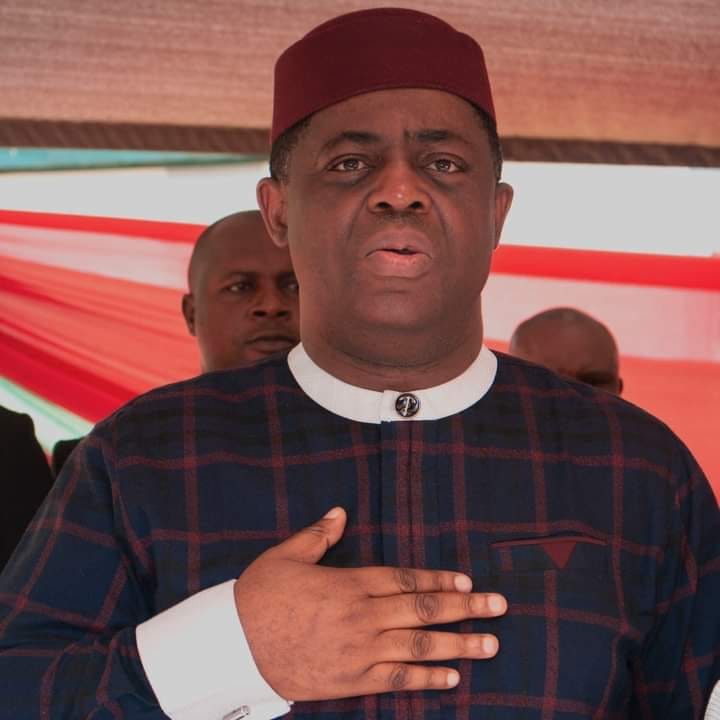 Yesterday, a high-ranking and respected official from the Christian Association of Nigeria (CAN) came to see me and expressed concern about my preference for a Muslim/Muslim ticket.
He informed me of CAN’s adamant opposition to such a ticket and stated that the organization’s leadership had watched my interview on Channel’s Television, in which it appeared that I was not on all fours with them.
They thought this was unusual for me because they know how much I value my faith, how much I admire CAN and its leadership, and how I usually agree with them on all issues.
It meant a lot to me that they thought I was important enough to send someone to get an explanation, and I thanked him for that, we spoke for no less than two hours.

At the end of it all, I believe the person understood my position better and promised to convey it to the leadership of CAN.
Permit me to share some of the points I made to him here for the record.

The first was as follows.
It is perceived by many in the APC that a Muslim/Muslim ticket may be the winning formula in the coming election. They believe that it would be politically expedient to take advantage of that and present such a ticket.
It is perceived by others in the APC that a Muslim/Muslim ticket will be a direct challenge to the Christian community in Nigeria and it may jeopardise the chances of our party in the coming election.
I hold the latter view but I have said that if our candidate, Asiwaju Bola Ahmed Tinubu, insists on a Muslim/Muslim ticket, I and many others shall stand by him and attempt to defend it as long as his running mate is not an extremist who will undermine the interests of the Christian community.
In this matter we must not allow ourselves to be guided by emotion but rather by our obligation to support our candidate and party, the quest and desire to win the coming presidential election at all costs, political expediency and by what the British call ‘real politik’.

And neither is it in any way a betrayal of our values or our Christian faith to take this position because Muslim/Muslim ticket or no Muslim/Muslim ticket we will not sit by idly and allow ANYONE or any GOVERNMENT to undermine our faith or our people.
If Asiwaju decides on a Muslim/Muslim ticket we shall either swim with him or sink with him and, whichever way, given the experience of Atiku Abubakar and the certainty that the PDP will give its Vice Presidential ticket to a Christian, it will be a hard fight.
I say this because there are over 100 million Christians in this country who feel passionately about their faith and who believe that they MUST be protected and represented at the highest level.
Those that wish them away, dismiss their concerns and say they do not care about how they feel do so at their own peril.
No matter what the candidate decides he must allay their fears and carry them along because the fear and concerns about islamisation, rightly or wrongly, are very real.

The second point is as follows.
The success or lack of it of a Muslim/Muslim ticket will depend largely on WHO the Muslim Vice Presidential candidate will be.
If it is a Muslim that has a track record of killing, persecuting, denigrating, hating, undermining, marginalizing or working against Christians in ANY shape or form, I and millions of Christians all over this country will oppose it decisively and aggressively regardless of the consequences because we will not allow anyone to destroy the Church, intimidate or persecute our people or mess with our faith .
However, if it is a Muslim that has shown love and displayed sensitivity to the Christian community over the years and who we believe we can trust, I and millions of other Christians will support it.
It is left to those of us that are Christians to let the faithful know who is who and who they can trust amongst the Muslims in the knowledge that not all Muslims are bad and not all Christians are good.
There are indeed good and bad people on both sides of the religious divide.

The truth is that in ideal world religion and faith should not determine who our candidates and their running mates ought to be and when it comes to matters of governance I agree with those that say that in this day and age we should not bring religion into it.
Yet sadly this is not an ideal world and in the Nigerian context, we must recognize the fact that given our history and our bitter experiences over the last few years, religion IS a factor that cannot be ignored or wished away and this is more so today than at any other time in our history.

In all that we do, we must factor in the fears of both Muslims and Christians when it comes to presidential tickets and elections and we must allay those fears.
For example, if you insist on a Christian/Christian ticket for whatever reason at least give me Christians that will protect the Muslims and if you insist on a Muslim/Muslim ticket at least give me Muslims that will protect Christians.
Apart from that, you must also commit to giving the leadership of the Senate and the House of Reps and the position of the Secretary to the Federal Government (SGF) to members of the faith that do not enjoy representation at the Presidential or Vice Presidential level.

These are just some of the things that can allay our fears.
And interestingly, that is what is practised in Lebanon and what is known as the “Lebanese model”.
They rotate the positions of power and leadership on the basis of religious faith and between Christians and Muslims and this has led to a certain degree of peace and harmony since the end of their civil war which lasted from 1975 to 1990.
Whichever way, we must tread with caution and care about the issue of religion and we must not act as if it is no big deal because it will play a decisive role in the outcome of the election and in the running of the campaign.
We must also endeavour to put Nigeria first and not toy with anything that will divide us on religious or ethnic grounds.
If the APC comes up with a Muslim/Muslim ticket, as long as it is a Muslim that has a track record of religious tolerance, kindness and sensitivity towards the Christian community and one that places our nation and the Nigerian people, regardless of their religious affiliation, before his faith, I will gladly support such a candidate and such a ticket.

However, if the Muslim/Muslim ticket produces a Muslim running mate that secretly despises Christians or that has a track record of treating Christians with contempt in his state or constituency or of endangering and wasting Christian lives I will oppose that ticket, that candidate and indeed that party.
We know who is who. We know who the liberals and moderates amongst them are, and we know who the extremists and hardliners are.
We know those who allow Christians to be slaughtered with impunity under their watch and in their backyards, and we know those who built Churches for Christians where churches were never built before.
We know those who publicly mocked our faith, committed blasphemy and made references to our Lord and Saviour Jesus Christ in denigrating and disrespectful tones, and we know those that have always treated His precious name with love, decency and respect.
We know those who have publicly likened the Virgin Mary to a street prostitute, and we know those who respect our God, rever our faith and that see us as equals.
We know those that are malevolent and that see Christians as inferior beings and mortal enemies, and we know those that are benign and that see us as brothers and compatriots.
I agree that we must do whatever it takes to win but we must also be wary of our choices.
You bring the wrong Muslim who is hostile to Christians as your running mate and that will not only be the end of your ambition but will also polarise our country in a very significant and dramatic way.
You bring the right one, and we may just be able to push it through and overcome the challenge that our collective detractors and adversaries will pose.
The truth is that it is not one’s faith that matters, but what is in one’s heart.
Whether Christian or Muslim, if we have a heart filled with light, compassion, kindness, love and the fear of God we give nothing but goodness and love but if we have a heart filled with darkness, prejudice, hate, bitterness, evil and contempt and disdain for God we have nothing to give but evil and hate.
More important than anything else is the condition of the heart: whether Christian or Muslim, that is what counts.
Again, we must always remember that whether Christian or Muslim or whether Southerner or Northerner, we are first and foremost Nigerians and that WE ARE ONE!
Asiwaju Bola Ahmed Tinubu’s choice of a running mate will make or mar our parties’ chances at the election.
May God lead and guide him to make the right one.
May the Lord grant him the spirit if discernment to do the right thing, and may He grant him the courage to stand firm in this great and epic struggle to move our nation forward.

Previous post Nigerians WAKE UP, 2023 is not the year of trial and error

Next post Burna Boy’s bodyguards shoot a married man after the singer made a pass at his wife.