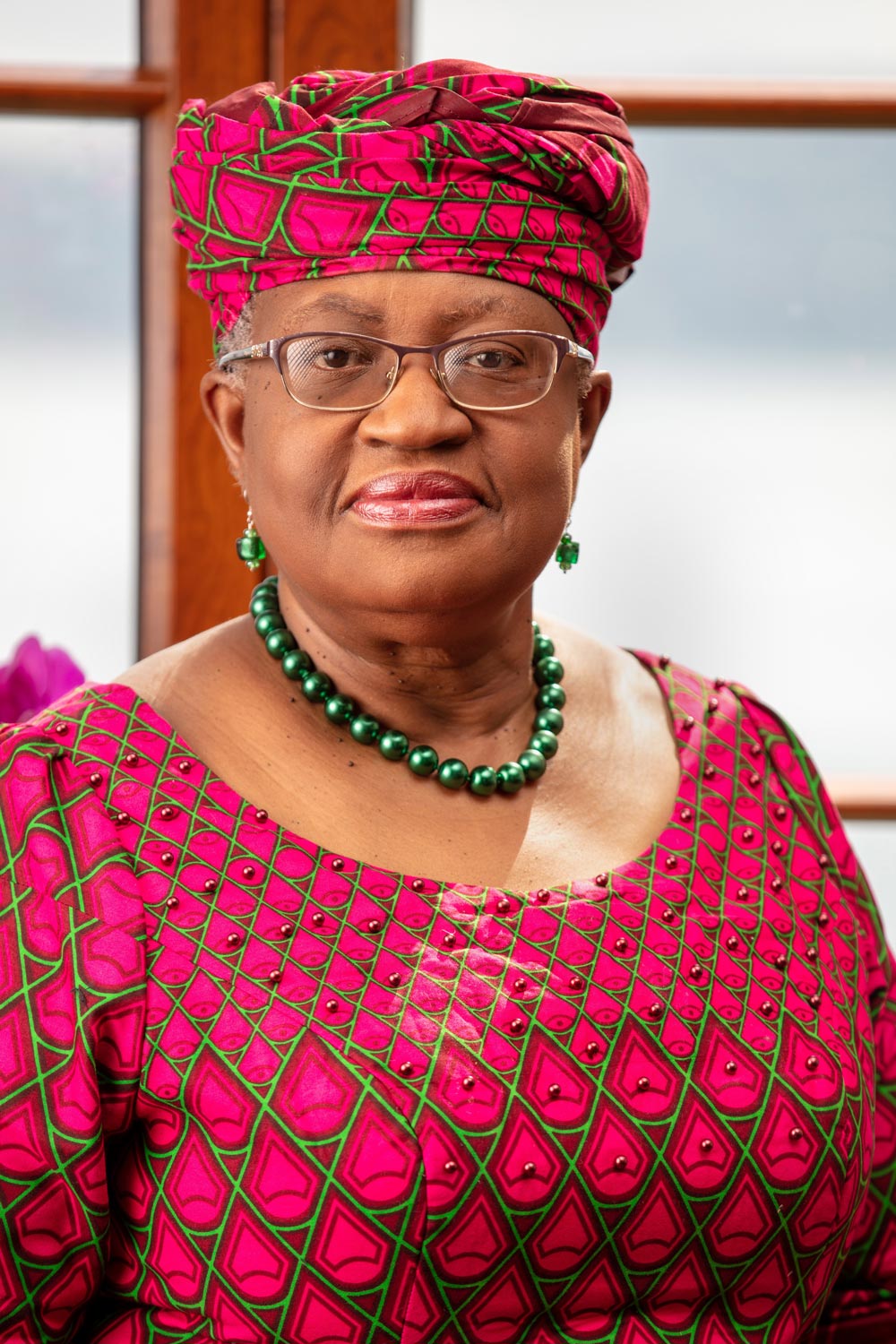 I am proud of my brother, Gov. Peter Obi. I entitle my talk on him: ‘He came, he saw, he conquered. His governance of Anambra State was full of experiences worth sharing and indeed worth capturing in a book (if not books). It is evident that he really conquered. It deals a lot with his Excellency’s approach to governance over the years. His ways compel us to appreciate his personal qualities, his quiet strength, his passion to make a difference, his dignified and dignifying carriage and conduct, and his never-say-die spirit. I also respect him for what he achieved as a Governor of one of the toughest states in the country – Anambra.

Alhaji Aliko Dangote said that even people in Yobe know that it is not easy to govern Anambra State. I agree with him. In fact, the totality of Nigeria knows how tough Anambra State is; such that until Obi, no leader succeeded to offer them exhilarating leadership.

In Anambra, a State I am personally proud of, we have many intellectuals; those who are hard-working and the wealthiest of men and women. We call them big men and women in Nigeria, and yet among these personalities, Peter Obi has carved his own unique path – defined by humility, hard work and results. The results are clear. As we all know, we are actually using him as an example in so many areas. You will be surprised to know that some people used to say ‘No, keep away from Anambra State,’ we now say ‘Go and see what is being done in Anambra State.’ At the Federal level, his policies have become very good examples for the Educational Sector. Even if you do not like his approach and methods, you cannot quarrel with the results he has achieved. He returned schools to their original Church owners and collaborated with organizations that offered value to the State, acknowledging where the state did not have the capacity. Instead of beating one’s head against the wall and repeatedly making the same mistakes, he decided to make a bold turn. Today, the sterling results are evident.

I so envy what Peter Obi has been able to do here because he gained total control of the State after the initial storm. Many of the policies he tried here are the things we should be doing at the Federal level, both with our finances and policies, but, of course, we are totally hampered by the kind of structure we have. You know, when Peter Obi tried to change the schools, he did not just throw money at them, he was very careful about how he spent the money. He only spent when he was sure he was going to get results and sustainable improvement.

On the network of roads he constructed, I want to acknowledge the fact that few of the roads were the completion of roads Senator Chris Ngige started; even though when you go there now, everybody calls them Ngige roads. It does not matter to him that people would not attribute them to him, as long as the roads serve Ndi-Anambra. Elsewhere, some will abandon them and embark on their own projects. I think that he deserves a big applause. He also initiated and completed many road projects that today Anambra is regarded as having an impressive network of roads.
He attracted serious investors into the State. I knew when SABmiller came, he brought them to my office, and they probably felt they do not know how much money they could make here. They made an investment of about N20 Billion Naira equivalent. Very soon, their turnover and profit doubled and tripled beyond expectations. They are now expanding in the state, building more factories and thinking of other investments they can make. There are many other such examples with companies like Distell, Glaxo Smithkline Beecham, Neimeth Pharmaceuticals, among others.
What I love and admire most in what Governor Obi has done in Anambra State is the fact that he did not neglect the indigenous people who have invested here for a long time. If Innoson Motor Manufacturing Company is known by everybody today at the Federal level, it is simply because Governor Obi made him a showcase. Such patronage is worthy of emulation. He has kept on soliciting Federal support for him, as he himself has supported him in various ways. We have to remember such investors and support them because they invested here first. That is what Obi has done, and I commend him for that.

The development-oriented approach to governance that he has followed while pursuing the Millennium Development Goals (MDGs) is again very important. I will tell you that we have special commendations from the World Bank, and other international agencies have endorsed the way Anambra State pursued its MDGs programmes. This deserves another round of applause.
I see Peter as the true face of Igbo man, given the qualities for which he is known – the humility, the hard work and the prudence. He does not spend easily. He is very intelligent and extremely hard-working. These are quintessential qualities Igbo people are known for.

As the Poet, Virgil says, love conquers everything (Omnia Vincit Amor), and Peter conquers people by love. He can love you to death. If he has an enemy or somebody in conflict with him, instead of approaching them belligerently, he approaches them with respect and love so that even if they do not want him, they are won over. I think we should all look at those qualities. That does not mean that when the time comes to be tough, Peter runs away. I am sure people can tell stories of occasions Peter had been very tough. I know he has even bulldozed houses of people who did not do the right things. In Nigeria, you have to combine being kind and good with also being very tough.

By the sheer power of his personal examples, Peter tells us eloquently the way we should behave and the way we should govern. Though Anambra State has one of the tightest Federal allocations, he has been able to save a lot of money for the State. He has shown so much in development which some other States that receive more cannot boost of. Most importantly, he is leaving Anambra State with no debt but with huge savings. Let me tell you, at the Federal level, he is one of the few Governors that came out clearly in support of our stand to save. We don’t just spend everything. Every smart and sensible person knows that no matter your income, even if it is one naira, you must keep something aside. You never know the day you will need it for your children. So, on his own, he has saved money for the State, and I am very envious. Yes, we managed to save a little at the Federal Level, just a little, but we can do so much more. Even the one we managed to save, we have been spending, because somebody does not believe the Federal Government should save anything.

I want to strongly commend Obi for what he has done. Now, do not be deceived by Peter Obi. When you ask him who he is, he would say I am a trader. Maybe he is, but he is also one of the most enlightened Governors in the country today. He has a strong intellect combined with a practical grasp of real situations. The thing with Peter is that he can play both sides. It is not for nothing that the President invited him, among just the two governors that are Honorary Advisers on Finance. He is equally a member of the Economic Management Team. When Peter needs to show the intellectual side, he does, but when he needs to show the practical side after we would have talked about too much theory, he will say, ‘Wait, I talked with traders in Onitsha yesterday, and this is what they said.’ So he combines a strong intellect with a very good grasp of realities on the ground. He is a good economist. Peter is a true leader, and we always call on him at the Federal level when we need examples.

I want to say something about the incoming Governor. I hope you will continue to uphold the relationship at the Federal level. We always advise Anambra to be part of Federal programmes. The one we are working on now is the one on housing. We have launched the National Mortgage and Re-finance Corporation which, by the end of June, will start pumping money into primary mortgage institutions that actually lend to the people. We need to give hope to the young people in our country. So this Country has to change. To put a programme like that in place we invited fourteen states and Anambra was one of the first to enrol as a pilot state. The state has to meet certain criteria in terms of fastness in allocating land titles, and working with us on land infrastructure so that we can get builders to come and build. This programme is going to take off by the middle of this year, and we will want Anambra to be an example.
All in all, by giving his End of Tenure Report, Gov. Peter Obi has shown another example of good governance. We applaud him and wish him well.

Excerpts from the extempore speech by the Coordinating Minister of the Economy and the Minister of Finance, Dr. Ngozi Okonjo Iweala during the “End Tenure Report” by the former Governor of Anambra State, Chief Peter Obi.
Copied from Kenenna Obiatuegwu