Ifere Paul needs to introduction in Cross River State’s politics. He is an intelligent and relentless critic of the Cross River State government headed by Senator Benedict Ayade. But in case you have never heard of him, ask google.

Mr Ifere is asking the court to declare that the Joint Local Government Account Allocation Committee of Cross River State is improperly constituted in the absence of two representatives of the office of the Accountant General of the Federation; that it is unconstitutional for the Government of Cross River State to seize or tamper with Local Government allocations from the Federation Accountant. These are two of the eight reliefs Ifere Paul is seeking from the court. I consider these two the main reliefs, others are ancillary to these two.

Since Ifere went public with his intention to sue the Cross River State government and being that he contracted our law firm Obono, Obono & Associates to represent him, I have been flooded with requests as to the meat of the reason why Ifere is suing the Cross River State Government. Two days ago we filed this matter in the Federal High Court Abuja and by next week the matter will be assigned and hearing will commence. The best time to talk about this issue is now. When hearing begins, and as one of the lawyers representing Ifere Paul, the only place you will hear me talk about it in such a length will be in the courtroom.

Now this is the thing. Love Ifere, hate Ifere, the facts will not change and the interpretation of our extant laws will not fluctuate in accordance with your like or dislike of the plaintiff. We cannot prosper in a democracy without once in a while stepping back from the heavy weather of party politics and appraising matters the way they really are. I believe in the case of Ifere Paul, it’s obvious, that is why I’m one of his lawyers. I’m not inviting you to believe in it because I do; I’m inviting you to look at the facts objectively.

It is simply black and white. The fact that it is a black man bringing up the white fact will not change the colour of the fact. Look at the facts not the perceived colour of the man bringing it. Is the Joint Local Government Account Allocation Committee of Cross River State improperly constituted? Is the State Government tampering with the Local Government Allocations from the Federation Accounts? Is it against the law?

I think the law enacted by the Cross River State House of Assembly empowering the State government to deduct local government allocations under the guise for deduction for sports commissions, social welfare fund etc. erroneously derives its nebulous inspiration from this section of the Allocation of Revenue Act.

Let me show you the error. Looking at the definitions of the words “Payment” and “Distribute” will help us understand the topic under review. The Black’s Law Dictionary defines “Payment” as “Performance of an obligation by the delivery of money or some other valuable thing accepted in partial or full discharge of the obligation”. The word “Distribute” is defined by the same dictionary as “To apportion; to divide among several.” Infact the same dictionary defines a “Distributee” as “A beneficiary entitled to payment”. Do keep the meanings of these words in mind, it will help us appreciate the sections of the laws we are talking about.

So you can see that what each Local Government is entitled to has been settled by the National Assembly in enacting the Allocation of Revenue Act and there are the ones empowered to so do. The State Houses of Assembly has powers to make laws only regarding how to distribute what the Local Government are entitled to. In other words, they may make laws saying we will distribute your entitlements by paying same into a bank account or you can come collect it cash. Any so called law empowering the State Government to withhold or deduct is ultra vires, unconstitutional, null and void.

We should stop playing politics with governmental impunity. If we don’t stand up to defend our laws today, those who break it will use the same impunity against us tomorrow. That Local Government workers are not being paid their salaries is a fact that goes beyond party loyalty, that our chairmen and councilors are now glorified houseboys is a fact that is beyond a matter of mere criticism, that our villages and local government urban areas are undeveloped is no longer just a secondary school debate topic.

Let us demand for local government funds to be released to them completely in obedience to our laws. When tomorrow comes I want to be remembered on the side of this demand… what about you? 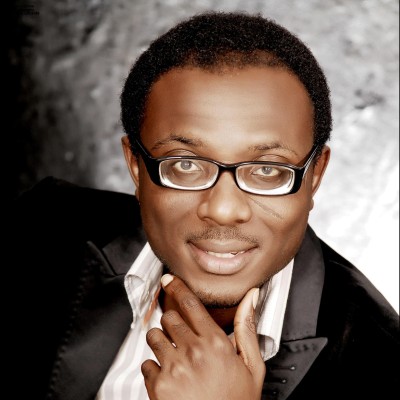