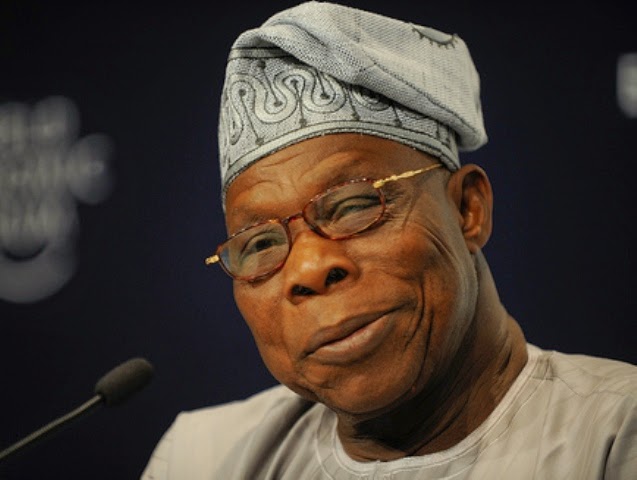 The Ogun state chapter of the Peoples Democratic Party (PDP) has announced Olusegun Obasanjo’s expulsion from the party.The chapter made this announcement two hours after former president Obasanjo announced his exit from the PDP, tearing his membership card into pieces today, Monday, February 16.

There were indications that Obasanjo had finally decided to part ways with the ruling Peoples Democratic Party (PDP).

Some sources suggest that the tearing up of his PDP membership card may have been intended to show his attitude to the previous public face-off between Obasanjo and the administration of the incumbent President Goodluck Jonathan.

Obasanjo is a founding member of the ruling party and the first democratically elected president of the PDP. He was elected Nigeria’s president twice (1999 and 2003) on the platform of the PDP.

The All Progressives Congress (APC) campaign coordinators on Sunday met in Abuja to review their campaign operations and perfect strategies to maximally mobilise voters to support its presidential candidate, General Muhammadu Buhari (rtd), and his running mate, Prof. Yemi Osinbajo, in the next month’s polls.     Ahead of the general elections the party has brought […]

The All Progressives Congress, APC, Rivers State Chapter says its attention has been drawn to a press release by the national leadership of the Peoples Democratic Party, PDP, signed by its National Publicity Secretary, Chief Olisa Metuh, alleging partisanship by the Federal Government and the Nigeria Police in the decision by the Police to secure […]

CHIEF Achike Udenwa, a former governor of Imo State in this interview spoke on the prospects of President Goodluck Jonathan in the forthcoming presidential election and concluded that it would be a tight race. Udenwa, who expressed confidence that the president would emerge victorious, also spoke on the chances of his party, the PDP, in […]