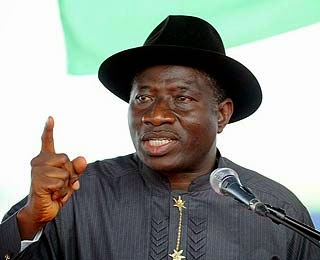 The Federal Government, yesterday, warned foreign nations’ represented by their missions in Nigeria against making what it termed “unguarded utterances”on matters the government said are strictly Nigeria’s internal issues.

According to Nigerian Tribune, Minister of Foreign Affairs, Ambassador Aminu Wali, gave the warning in Abuja, at an interactive session with the diplomatic community over the shift of the general election.The warning by the Minister is coming on the heels of comments by the US and EU on the postponement of Nigeria’s general elections, Channels reports.Guardian reports that the Minister wondered why the heads of missions take on the role of government seeking to impose their opinions on Nigerians.

He said, “Let me also seize this opportunity to express the strong displeasure of the Federal Government with the conduct of some heads of missions who have continued to behave in an imperial manner and in clear breach of the channel of the diplomatic communication.

“A situation where head of a mission takes on the role of government, seeking to impose his views and perspectives and making unguarded utterances on matters that are strictly within the domestic jurisdiction of the host-country is totally unacceptable.

“It is therefore unacceptable for envoys to abuse their privileges and immunities by behaving in a manner that would have been met with the opprobrium in their countries were Nigerian ambassadors to behave in like manner,” he said.Thisday quotes the Minister as saying, Nigeria does not need to be lectured on its internal affairs.“No country, no matter how well intentioned, can love Nigeria more than Nigerians themselves,” he concluded.

It was a show of shame when a supposed man of God in Calabar, the capital of Cross River State, was beaten to a pulp by some prostitutes because he went after another woman apart from his regular customer. According to an eyewitness who sent the report to Pulse, the man identified as Pastor Effiong, […]

As some bank customers continue to express displeasure over the decision to introduce N65 on remote-on-us automated teller machines (ATMs) transactions in the country, bank executives have stressed the need for more understanding on the policy. Remote-on-us are transactions done by a cardholder on another bank’s ATM. The policy takes effect from September 1, 2014. […]

The living waters of Cross River

Let your living waters flow over my soul, let your Holy Spirit come and take control… somehow, I find this song reverberating in my spirit and I wonder why. Perhaps my latest trip may have a whole lot to do with this. It was January 1 and indeed a new beginning. Before I go any […]