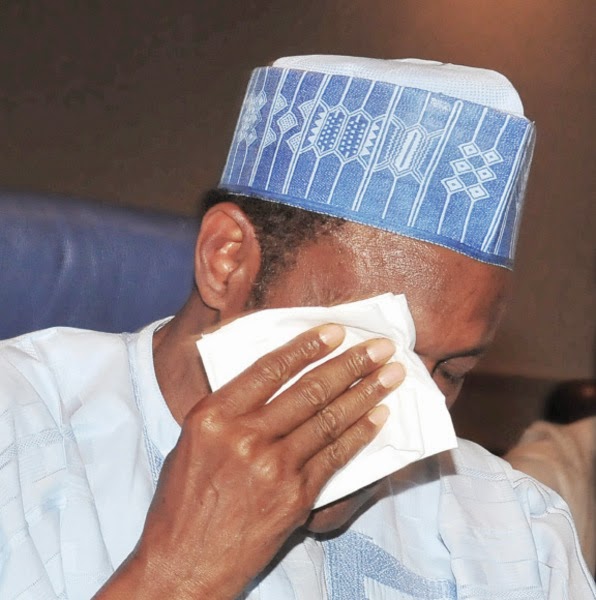 Presidential candidate of the All Progressives Congress, APC, General Muhammadu Buhari on Friday refused to disclose whether he will concede defeat should he be floored in this year’s presidential election, asserting instead that the election is his to win.Buhari, who refused to answer the question thrown at him in the course of an interview with AFP news agency, expressed optimism that his fourth attempt in the presidential race would not end like the previous ones. The former Head of state has been vying for the nation’s plum job since 2003, but he had always emerged the runner-up in all three instances.

Since 2003 when he commenced his democratic bid for the highest office in the country, Buhari has been emerging second. But responding to a question raised during an interview with AFP on Friday, said his chances at the forthcoming poll were very bright.Responding to whether he would be sportsmanly enough if the election does not favour him, the presidential flag bearer categorically said: “I’m not going to lose. So, I won’t answer that question.” He was upbeat about winning the poll by a landslide and ruled out the possibility of the elections culminating in a run-off.

While observing that the country was indire need of change, Buhari promised to ensure that the situation improves if given the opportunity to lead, stressing that, “From the day we are sworn in, we would empower the law enforcement agencies to be much more efficient.”He stated further that, “The first thing we will do is to make sure there is efficient utilisation of resources. If money is voted for equipment and training, that money will go to equipment and training.

“I have visited 34 states so far. In each of the states there are three things that are consistent, that are fundamental issues to this country — insecurity, the destruction of the economy and corruption. Every Nigerian is feeling worried,” he added.

News reaching Pulse News from a source in the United Kingdom, Sam Piranty, says the National Crime Agency (NCA) has applied for the money discovered in Diezani Alison-Madueke’s home, to be seized and detained. The NCA made this application at the Westminster Magistrates Court, in-line with the UK Proceeds of Crime Act.

ABUJAâ€”BARELY 24 hours after the  Peoples Democratic Party, PDP, cleared Obafemi Peter as one of the aspirants to participate in the forthcoming primary election to get a standard bearer ahead of the June 21, Ekiti State gubernatorial election, the party yesterday made a U- turn, withdrawing his provisional clearance. A statement yesterday, by PDP national […]

NIGERIA: Why Tukur should resign – Group

A group, Mass Mobilization for Transformation, MMT, has tasked the national chairman of the Peoples Democratic Party, PDP, Alhaji Bamanga Tukur to step down from office upon what it described as the increasing divisiveness traced to his leadership. The group in an open letter to President Goodluck Jonathan alleged that the Tukur leadership in over […]