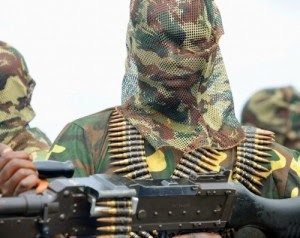 Nigeria: Paedophile Sen. Ahmed Sani Yariman Lambasts Critics Says I Can Give Out My Daughter At The Age Of 6 For Marriage

Senator Ahmed Sani Yariman has lambasted his critics over his stand on the issue of early marriage. In a statement by the Senator, he said; “Nigeria has many uncountable problems and none of them is early marriage. As a matter of fact early marriage is the solution to about half of our problems. For those […]

AKURE —THE Police in Ondo State have arrested a 47-year-old bricklayer, Damilare Olotu, for allegedly poisoning his wife, Mary, for being barren. The 45-year-old Mary who  hailed from Kwara State was a trader and had been having running battle with the suspect over her inability to conceive. Reports had it that following the condition of […]

IT goes without saying that the days of carrying cash around in Nigeria will soon become ancient history. Our economy is fast becoming a bona fide citizen of today’s cashless world. The Automated Teller Machines, ATMs, have replaced cash-carrying travelling bags, and Mobile money has taken the place of brown envelopes, spelling a new form […]