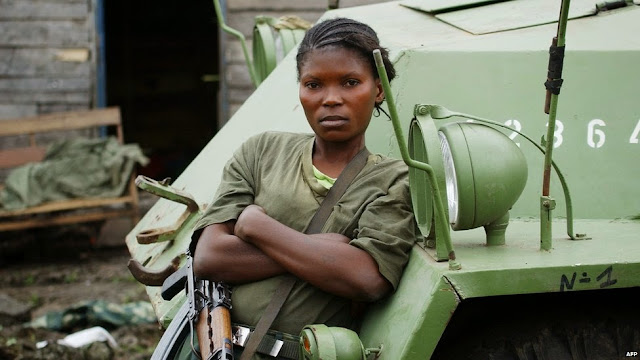 A female soldier in the Nigerian army yesterday beat a conductor to coma over change at Iyana Isashi, along Lagos- Badagry expressway in Lagos State. LeadershipNg reports that the soldier, who was in mufti, had boarded the mini- bus at Mile 2 and was going to Agbara area of Ogun State before the incident occurred. An argument which degenerated into a fight began when the soldier who allegedly gave the conductor N500 demanded for her change and the conductor said he had given her the money.

Obi said when the woman became angry and ordered the driver to park, they knew that trouble was brewing. He said the woman grabbed the conductor by his collar and the conductor threatened to beat her. He said his utterances angered the soldier who dragged him down from the vehicle and gave him the beating of his life.

The lingering crisis rocking the Awolowo market, as a result of power tussle between Alhaja Suwebat Alimi and Mr Segun Moshood in Sagamu Local Government Area of Ogun State has been resolved by the state government. Crisis was said to have started in the market as a result of power control and misunderstanding between the […]

NIGERIA: The Narratives of the Masses

In one of the Sociology classes those days, there were talks about society being stratified into cadres. There are the lower stratum, middle stratum and upper stratum. In between the various strata, there are sub groups that fit in. Each of the stratum has its peculiar characteristics. And one of the characteristics of the lower […]

Why Nigerian Doctors Abroad Want To But Can’t Always Return – U.S. Based Doctor

Dr. Abdulrasheed Abassi recently led six U.S. based doctors to the free health mission organised by Senator Babafemi Ojudu and provided healthcare services to about 8,000 residents of Ekiti Central Senatorial District.   What is your perception about healthcare system in Nigeria? I think the biggest problem is the healthcare personnel. After seeing the way […]