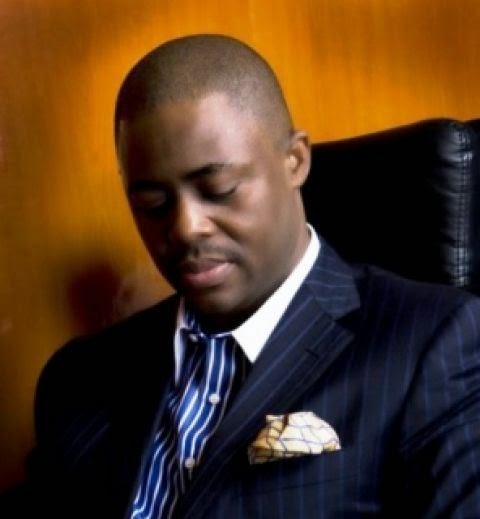 Former Minister of Aviation, Chief Femi Fani-Kayode, yesterday came down hard on the All progressives Congress (APC), alleging that its northern members are sponsors of Boko Haram sect.Fani-Kayode, who spoke with newsmen shortly after attending the campaign rally of the Peoples Democratic Party (PDP) in Osogbo, Osun State, insisted that APC members could not be trusted on the operations of Boko Haram.Continue reading after the Break….

He said: “The APC in the North is the political wing of Boko Haram in the northern part of Nigeria. This, I have said before and no one among them was bold enough to challenge me. I will continue to say it again and again.”
The former minister, who blamed the APC leaders for the insurgency in the North, said: “The northern elements in the APC have to tell Nigerians why some of their leaders in the North support, encourage and defend Boko Haram members.”
According to him: “No member of the APC was bold enough to controvert what I said about their relationship with the Boko Haram members in the North. I stand to be challenged if any of them has a contrary view.” The former minister, who recently defected from the APC to the PDP, said he had met with those that mattered in the PDP, including President Goodluck Jonathan, and they had assured him of an “enabling stay in the party.”
Fani-Kayode assured that he would work for its victory  in Osun State and also contribute to the victory of the party in the 2015 general elections, stressing that the PDP remained the only national party in the country.
On his recent meeting with President Jonathan, Fani-Kayode said: “I will not like to reveal what we discussed in secret. It was a closed-door meeting and let us leave that for now.”

One of the foremost traditional rulers in Bayelsa State (name withheld) is in the custody of the Joint (Military) Task Force (JTF) on the Niger Delta, Operation Pulo Shield, for allegedly sponsoring crude oil theft. The high-ranking traditional ruler was arrested along with three other persons for their alleged involvement in crude oil theft in […]

Lagos lawyer, Chief Aloy Chukwuma Ezenduka, has called for the release of a journalist, Mr. Innocent Chidi Nwachukwu, who was reportedly arrested by men of the Department of State Services (DSS) at his Ikotun residence in Lagos on January 14. In a statement issued by the lawyer, it was alleged that the DSS had disregarded […]

Following the public outcry by the Network of People Living with HIV/AIDS in Nigeria (NEPWHAN) over the controversial Tyonex Anti-Retroviral drugs, indications emerged yesterday that Nigeria flopped over the issue at the just concluded summit of International Conference for AIDS and STIs in Africa (ICASA), which took place in Cape Town, South Africa.   Speaking […]