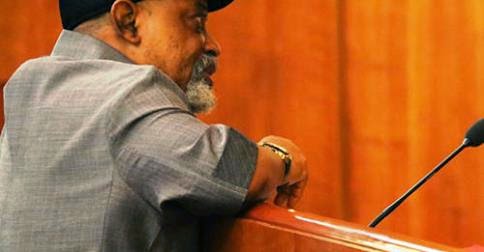 The All Progressives Congress (APC) says it will appeal to the Supreme Court after the Court of Appeal dismissed its petition in the Anambra governorship election on Saturday. The Appeal Court sitting in Enugu hady struck out four suits filed against the All Progressives Grand Alliance (APGA) challenging the candidature of Gov.

Willie Obiano of Anambra at the November 2013 gubernatorial election. The suits were filed by the APC and the Peoples Democratic Party (PDP). The petitioners are Mr Tony Nwonye, an aspirant of the PDP at the election and an APGA governorship aspirant, Mr Chike Obidigbo. Delivering the four separate judgments on the appeals, the five-man panel led by Justice Mohammed Garba, said the appeal was struck out for incompetence and lack of merit. The court, however, affirmed the judgment delivered on June 4 by the Anambra Election Petition Tribunal in Awka, and awarded the sum of N50,000 each to the respondent in the four suits.

“Having considered the preliminary objections by the respondents and the motions filed by the appellant, I will not read the judgment word to word but will deliver it as provided by the court. “I have considered the objections raised by the counsel with regards to the first and fourth respondent, and I hereby uphold the decision made by the tribunal in Awka,” Garba said. Reacting to the judgment, the Chairman of APGA, Chief Victor Umeh, commended the judiciary for upholding the rule of law. “I am grateful to God Almighty. “The Court of Appeal in a unanimous decision dismissed all the appeals standing against our victory at the lower tribunal in Awka following our victory at the governorship election in 2013. “We were not in doubt that all these appeals will be dismissed because APGA and its candidate won the election with landslide margin with the vote of the people.

“I have always known that the election tribunal is not a Mongo Park story. You must approach the court with facts. “We are encouraged by these judgments that have affirmed the decision at Awka,” Umeh said. The Anambra Chairman of the APC, Mr Emeka Ibe, said the party would appeal the judgment of the court in a higher court. “We are happy with what they did with regards to giving the judgment within the time frame. With this, we now have basis to appeal. This court is not the final court. “The final court with respect to election petitions is the Supreme Court.

I want to say that we are going to appeal against the judgment. “We are not going to rest until the Supreme Court gives the final judgment and we will be bound by it,” Ibe said. On his part, the counsel to APC and Sen. Chris Ngige, Mr Bona Orakwe, said the party would analyse the judgment before knowing the next line of action to take. “It is most likely that we will go to the Supreme Court,” he said. The APC had filed an appeal alleging disenfranchisement of voters, invalid voters register and multiple registrations, among others, that affected the poll. Nwonye of the PDP also filed an appeal seeking the nullification of the election for alleged irregularities and disenfranchisement.

It was a case of everyday for a thief, but one for the owner of the property when a highly respected man living in an highbrow estate in Lagos, Harmony Estate in Ifako, Gbagada area of the state, was caught stealing car parts from parked vehicles in the estate in broad daylight. The man who […]

Former President Olusegun Obasanjo on Saturday said he would respond to the claims made by his erstwhile deputy, former Vice-President Atiku Abubakar, on their political relationship, in his soon-to-be published book. Abubakar had, in an interview published in Hausa language by a newspaper, disclosed that he “blasted” Obasanjo over his bid to run for a […]

Dutse – The Nigeria Security and Civil Defence Corps (NSCDC) in Jigawa on Tuesday arrested a 23-year-old woman for allegedly dumping her new born baby boy in a toilet in Hadeja town of Hadejia Local Government Area of the state. The Corps Commandant in the state, Mr Muhammad Gidado, said in Dutse that the suspect was […]