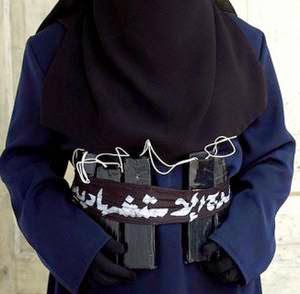 The Nigeria police said a lone female suicide bomber died in an attempt to bomb, Northwest University in Kano around 1PM Nigerian time.

The female estimated to be 16 years of age, was walking suspiciously towards the gate of the university when police guarding the area spotted her, isolated her and called for reinforcement from female police officers adept at handling Muslim females.

The young woman who had a bomb concealed inside her hijab, killed herself by detonating her explosives, five policemen suffered minor injuries

WHO: Income Inequality Killing People on a High Scale

A new report made public yesterday by the World Health Organisation (WHO) in Geneva, Switzerland indicated that inequalities around the world was killing people on a higher scale unprecedented in human history.   The report observed that “the toxic combination of bad policies, economics, and politics, is in large measure responsible for the fact that […]

NIGERIA: APC Alleges Plot to Use Judiciary to Scuttle Democracy

The accusations and counter accusations which have dogged the political campaigns continued on Tuesday with the  All Progressives Congress (APC) raising the alarm over fresh moves by anti-democratic forces to use the courts to postpone or scuttle next month's general election. The party asked the judiciary to protect the nation's democracy, while urging Nigerians to […]

PORT HARCOURT – ABOUT ten persons were feared dead in the early hours of yesterday in a petrol fire explosion at a creek close to the NNPC jetty in Okrika, headquarters of Okrika local government area in Rivers state. Chairman of the local government, Mr Tamuno Williams who spoke to newsmen  said scores of persons […]