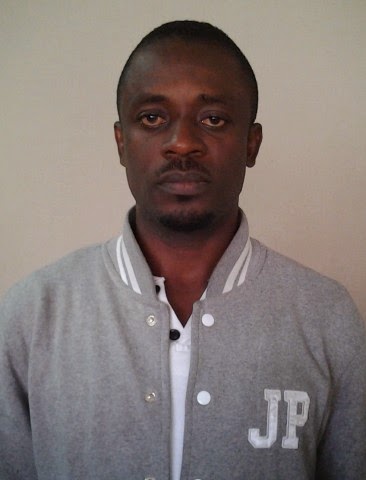 Officials of the National Drug Law Enforcement Agency (NDLEA) have prevented a 35-year-old refrigerator dealer, Alinnor Celestine from smuggling 1.1kg of substances that tested positive for cocaine to Germany. The suspect who ingested sixty wraps of narcotics was caught at the Murtala Muhammed International Airport (MMIA) Lagos with the help of scanning machine during the outward screening of Turkish Airline passengers.

NDLEA commander at the airport, Mr. Hamza Umar said that the suspect was to deliver the drugs in Frankfurt, Germany. According to Hamza, “the suspect who tested positive for drug ingestion was to deliver the cocaine at Frankfurt. While under observation, he excreted 60 wraps of white powdery substances that tested positive for cocaine weighing 1.1kg”.

In his statement, the suspect said that he was only looking for what will sustain his family. “My name is Alinnor Celestine from Imo State. I attended Community High School Aba, Imo State and could not further my education due to lack of money. I am married with three children and sell refrigerator parts in Lagos. My goods got lost on transit and I am yet to recover financially. I was looking for assistance when I was introduced to drug smuggling. It was my last resort to sustain my family. They assured me that I will not be caught and also promised to pay me the sum of 3,000 Euros. Everything is like a dream to me now” he stated regretfully.

Chairman/Chief Executive of the NDLEA, Ahmadu Giade called on members of the public to shun drug trafficking and report drug cases to the nearest NDLEA office. “I call on members of the public to always shun drug trafficking and report suspected drug dealers to the Agency. Let us unite in promoting peace and development in our country. I am pleased with the arrest and our officers will remain vigilant to arrest anyone with narcotics at our airports” Giade stated.

The suspect will soon be charged to court.

Pilfering of belongings of air travellers has returned in full force at the Murtala Muhammed International Airport (MMIA), Lagos, the News Agency of Nigeria (NAN) has reported. The development has left many victims with sour tales of how they lost valuables after arriving at the airport from various overseas countries. The victims alleged that their […]

After months of berating the administration of President Goodluck Jonathan, former President Olusegun Obasanjo has declared his support for the presidential candidate of the All Progressives Congress, Maj. Gen. Muhammadu Buhari (retd.). Obasanjo, who is a member of the Peoples Democratic Party, made his opinion known during an interview with the Financial Times at the […]