Victims of the 2012 flood disaster in Bauchi State are to personally collect their share of the N400 million donated to the state by the Federal Government, an official said.

Amb. Adamu Aliyu, who the Chairman of the state Committee on the Distribution of the grant, made this known in an interview with reporters on Friday in Azare, Katagum Local Government Area of the state Aliyu, currently on a verification tour of local government areas in the Northern Senatorial District of the state, said that the grant was meant to assuage the suffering of the victims of the disaster. 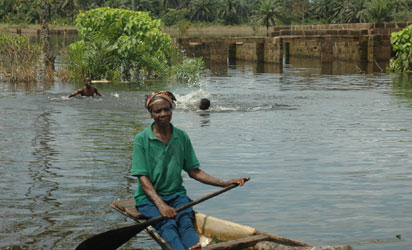 “This committee was set up by the Governor of Bauchi State, Mallam Isa Yuguda following the flood disaster in July/Aug. 2012. “The Federal Government has kindly sent N400 million to the government of Bauchi State for distribution to the affected persons.

“The affected persons have been listed by the exercise carried out by the local governments, what we are now doing is to verify the areas, and confirm. “We hope this N400 million will go directly into the hands of those who are affected, and during the process of payment, the payment should be received by the person affected.” (NAN)

U.S. Republican presidential candidate Rand Paul suspended his 2016 campaign on Wednesday, he said in a statement two days after the Iowa caucuses. The U.S. senator from Kentucky, a libertarian-leaning candidate, finished in fifth place in Iowa with 4.5 percent. “It’s been an incredible honor to run a principled campaign for the White House. Today, […]

Hillary Clinton Brags About Getting Her Marching Orders From The CFR

For those who may be unaware, the Council on Foreign Relations is essentially a sister organization to the Royal Institute of International Affairs, one of the primary Anglo-American policy developers, and functions as one of the most effective direct control mechanisms in the world in regards to government-based decisions and governmental policy. It is from […]

Archbishop, Desmond Tutu’s daughter, Reverend Canon, Mpho Tutu-van Furth has reportedly been stripped of her duties as a priest in South Africa’s Anglican church following her marriage to her lesbian partner, Professor Marceline van Furth. The reverend disclosed this to AFP today, May 24, 2016, adding that she is no longer allowed to preside over […]