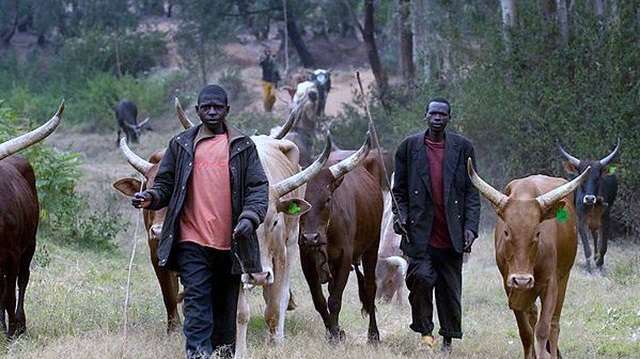 In April, Nigerian President Muhammadu Buhari announced that he would run for a second term in the 2019 presidential election. This came despite mixed reviews about his first term, and his record in the office gives his critics plenty of metaphorical sticks with which to beat him.

There’s the dire state of the economy, with low oil prices resulting in sluggish growth and spiralling unemployment. The country only pulled itself out of a recession in the second quarter of 2017, but recent figures suggest the trajectory is slightly downwards again. Global economic headwinds mean this is not all Buhari’s fault, but nonetheless some pledges from his previous election campaign remain unfulfilled (such as the one to create three million new jobs).

There’s also the failure to defeat Boko Haram, despite numerous pledges from senior government and military officials that the Islamist militant group has been vanquished. A tough security response to Boko Haram was a central plank of Buhari’s 2014 campaign, but the group has proved remarkably resilient. It continues to attack cities and towns in north-eastern Nigeria and military positions.

Who exactly are the Fulani, and why are they accused of wreaking such havoc in Nigeria?

Boko Haram recently made headlines when it kidnapped 109 girls from the north-eastern town of Dapchi, in an attack reminiscent of the 2014 Chibok abductions. This Dapchi raid was however carried out by a different faction, and all the girls but one were soon returned. This is a reminder that Buhari has had some counter-terrorism successes. Boko Haram has been pushed out of territory it previously controlled, especially in Borno State, and is weaker than under former President Goodluck Jonathan’s watch.

Then there are Buhari’s own health problems, which have seen him spend months of his presidency on sick leave in London. In 2018 he has spent much less time at the doctor, but his health remains a hot political issue, especially for opposition parties. After his medical sojourn earlier this month, the opposition People’s Democratic Party described him as ‘unwell, ailing and unfit to attend to state matters’.

Yet despite the severity of each of these problems, Buhari is facing an even more serious challenge: extreme violence in Nigeria’s central belt between farmers and herdsmen. His response to this issue may ultimately come to define his first term in office.

From the way it is told by hyperbolic southern Nigerian columnists, the Nigerian state has never encountered an enemy as fearsome as the Fulani herdsman. They are the ‘heathen hordes that seek to conquer and enslave our people’ as they rape, murder and pillage their way across the country, says one. They are ‘obsessed to conquer the South and take it from the ancestral owners’, says another. Even literary legend Wole Soyinka describes them as ‘marauders’ who ‘swoop on sleeping settlements’ and whose ‘weapon is undiluted terror’.

So who exactly are the Fulani, and why are they accused of wreaking such havoc?

As Buhari prepares for re-election, violence in central Nigeria will dominate the national discourse

The Fulani are an ethnic group, thought to be the largest in the Sahel with a population of 20 to 30 million. Traditionally the Fulani are semi-nomadic cattle herders, and communities would travel vast distances along grazing routes to find places for their herds to eat.

In Nigeria, the Fulani are mostly concentrated in the north. But a combination of political instability and drought is pushing them further and further south, where they are coming into conflict with local farming communities. Over the past few years, tensions between farmers and herdsmen have risen sharply, as has violence between the groups.

According to ACLED’s data, Fulani ethnic militias were responsible for 217 civilian fatalities between January and April this year, with March being an especially violent month. In contrast, Boko Haram – among the most dangerous terrorist groups on the continent – killed 78 civilians in the same period.

‘Fulani attacks on farmers are primarily practical rather than ideological; competition for suitable grazing land over the autumn and winter months. Though this has historically been seen as a reoccurring seasonal problem for many of the area’s farming communities, last month’s uncharacteristic level of violence has demanded attention of the national government and military,’ says Kishi.

So far, Buhari’s government has been slow to respond, with the Fulani issue receiving far less attention and resources than Boko Haram. Critics suggest that this is because Buhari is himself a Fulani, and is therefore unwilling to clamp down on members of his own ethnic group.

As Africa Confidential writes: ‘The herdsman-farmer clashes, with both sides forming well-armed ‘self-defence’ militias, (have) become the dominant security issue in the country. In reality, it is one element of a wider problem of rampant criminality, either ignored or encouraged by local politicians.

‘For Buhari, it is a core issue on which he has campaigned for over a decade. In several interviews, he has warned that if the livelihoods of the herdsmen, mostly from his own Fulani ethnic group, are not protected as part of a coherent agricultural and livestock strategy, mayhem will ensue.’

Another neglected factor in this complex problem is climate change, which is permanently reconfiguring the landscape of northern Nigeria. Chiagozie Udeh, a climate change policy analyst, writes in Ecologist that the government’s response ‘has ignored climate change as the source of conflict exacerbating the herdsmen’s grazing crisis’.

‘Historically, since the existence of Nigeria, the Fulani herdsmen have grazed their herds in the north and intermittently in other areas. But incremental drought with resultant desert encroachment forced them to regularly look southwards for greener grazing areas,’ he says. Udeh argues that Nigeria must prioritise efforts to mitigate the worst effects of climate change, such as with the Great Green Wall, a reforestation initiative designed to prevent the Sahel desert from creeping further south.

The country should also use its diplomatic clout to be more active on the international stage. ‘It is distressing that Nigeria is not yet a member of the Climate Vulnerable Forum (CVF) – a 43-nation group of most vulnerable countries that negotiate as a bloc at the United Nations Framework Convention on Climate Change (UNFCCC). It speaks to the lethargy that characterises such issues of great importance,’ says Udeh.

As Buhari prepares his re-election campaign, there is little doubt that the violence in Nigeria’s central areas is going to dominate the national discourse. But to lay all the blame on ethnic Fulani militias is to miss the point. They are a symptom of a much broader problem – and, to contain the violence, a much broader, multifaceted response is required.

Next post Marwa Will Do A Great Job At NDLE

Ex Gov. Ambode Submitted Documents With Proofs to Buhari of the Atrocities of Bola Ahmed Tinubu and Reason Why Buhari Vowed Never to Allow Tinubu to Succeed Him

Nigerians WAKE UP, 2023 is not the year of trial and error