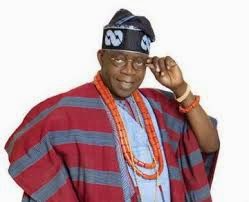 A former Governor of Lagos State, Asiwaju Bola Tinubu, has said the Oba of Lagos, Rilwan Akiolu, is not a member of the All Progressives Congress and cannot speak on behalf of the party.
Tinubu said this at a rally in Iganmu, Lagos, while reacting to the controversial comments of the monarch on Tuesday.
The APC National Leader, who noted that he was the first Yoruba governor to ever appoint an Igbo commissioner, said the Peoples Democratic Party, having failed to win last week’s presidential elections, were desperately trying to pull the APC into the Akiolu controversy. He said the Coordinator of the Transformation Ambassadors of Nigeria, Ifeanyi Ubah, and the PDP leader, Bode George, were only making baseless accusations against the APC.
Tinubu said, “The oba is not a politician. His job is to accommodate all political parties, whether PDP, APC or SDP. So, what did he (Ubah) go and do at the palace? “To you Igbos, don’t we pay your children’s school fees like others? Or is it the palace that pays for it? When we conducted an exam and a spelling competition, an Igbo boy, Ebuka, from Anambra, came first and he became the governor for one day. “Those that won the competition three times in a row were Igbo. Ebuka was sent to Switzerland computer school and then Obafemi Awolowo University. We did not say he was an Igbo boy and he would not enjoy. He became an executive in Oando and he is now in Canada. “Another boy, Felix, won and went to Switzerland and OAU. We paid his scholarship; we did not deny him because he is Igbo.”
In a separate statement, the Lagos State APC Publicity Secretary, Joe Igbokwe, said the monarch spoke out of anger. He urged his kinsmen not to take out their anger on the APC governorship candidate, Mr. Akinwunmi Ambode, who knew nothing about the incident.

The quest for money, wealth and power seems to have overtaken the reasoning of many people in this age as they can go to any length to get what they want, including killing their fellow human beings. This was the case with these very disturbing photographs that were shared on Twitter over the weekend by […]

Vice President Yemi Osinbajo, on Tuesday in Abuja charged senators from the North-east to show more than a fleeting concern to the victims of Boko Haram insurgents in the north eastern part of the country. He also asked to step up their personal efforts and commitment to the anti-terrorism war of the federal government to […]

Nigeria spent about N1.05 trillion last year on importation of vehicles and spare parts, while its local car assembly plants suffered monumental loss in patronage, according to the Director General of the National Automotive Council (NAC), Alhaji Aminu Jalal. Meanwhile, the Peugeot Automobile of Nigeria (PAN), which produced 90,000 cars in 1985, and had about […]