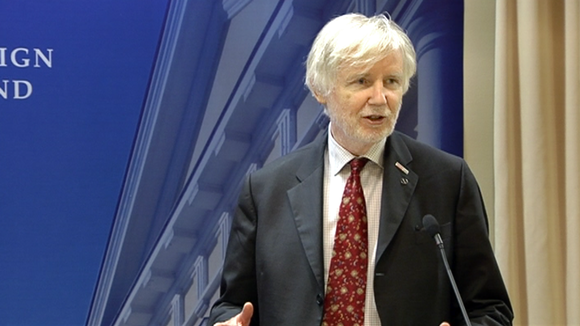 Following Interior Minister Päivi Räsänen’s recent remarks condoning civil disobedience in cases going against the will of God, Foreign Minister Erkki Tuomioja agrees that such resistance is indeed justified in certain situations – but not when based on commandments from above.

The Social Democrat Minister for Foreign Affairs joined the public debate that has been raging since Räsänen of the Christian Democrats made her comments last week. At the time, she said that the word of God takes precedence over the law, if the two come into conflict.

Writing in his blog, Tuomioja notes that even in democracy there may be grounds for conscious civil disobedience at times – provided that this is open and public, and that those undertaking such resistance are ready to take responsibility for their actions, like Gandhi or Martin Luther King.

“The conviction leading to this [kind of action] can only be based on universal ethical human norms, not on directives handed from above, as in the case of the Bible, Koran, or Mein Kampf”, Tuomioja writes.

According to the Foreign Minister, there are numerous societies with intolerable laws that violate human dignity. In such countries civil disobedience is more like a virtue.

Tuomioja says that these kinds of states are usually theocracies founded upon sacred scriptures.

The Social Democratic Minister has come out in public as an atheist. He has also criticized using tax-payers’ money to train priests at theological faculties.

UK is now ‘almost the worst area to live in Europe’

The Herald -The UK offers among the lowest quality of life in Europe despite residents earning the highest incomes, according to research released today.

KIEV, Ukraine â€” Yulia Sidorenko, 25, traveled three and half hours from Vinnytsya to Kiev on Sunday. She came to pay respects to Maxime Shymko, an artist from her hometown who died fighting in Maidan, the Ukrainian term for the central square here. She laid flowers and lit a candle at a shrine to him […]

Russia ahead on Onega Freeway

Construction has already started on a four-lane toll highway set to run from the Parikkala-Syväoro border crossing in Northern Finland to Petrozavodsk in Northwestern Russia. A group of Russian, Finnish and international private investors are building a toll highway from Finland into Russia. Known as the Onega freeway, the 426-kilometre road is scheduled for completion […]