Sarkozy, who has held the French presidency since 2007, grabbed 48.1 percent, according to the polls.

Hollande, the 57-year-old socialist challenger, narrowly edged Sarkozy, also 57, in a preliminary election two weeks ago, but since he did not win with an absolute majority, France law required a runoff between the top two candidates.

Sunday’s victory means France will have its first Socialist president since Francois Mitterrand, the country’s president from 1981 to 1995. In voting Sarkozy out of office, French voters expressed their discontent over Europe’s debt crisis. 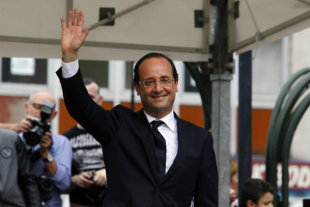 French television declared the election for Hollande immediately after the polls closed Sunday. Moments later, Sarkozy told his supporters that he called Holland to congratulate him, and to concede victory.

“I take the responsibility for this loss,” Sarkozy said. “I’m ready to become a French person among French people, and more than ever I have the love for my country deeply ingrained in my heart.”

Hollande’s victory could have far-reaching implications on Europe’s debt woes. According to the Associated Press, Hollande has promised a 75-percent income tax on the rich and “wants to re-negotiate a European treaty on trimming budgets to avoid more debt crises of the kind facing Greece.” 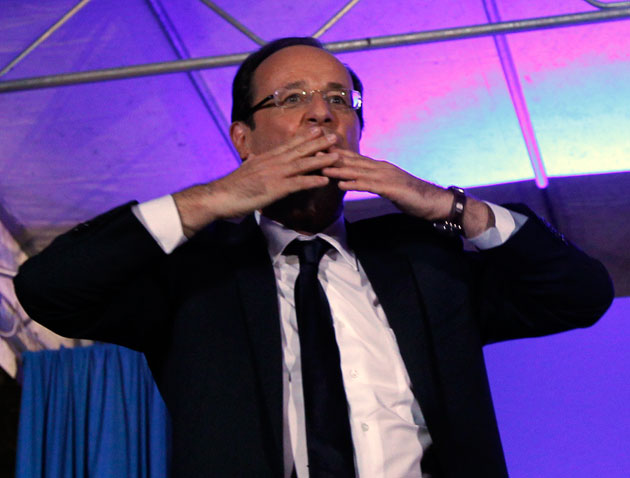 Indeed, Hollande’s victory will be seen as a challenge to “German-dominated policy of economic austerity in the euro zone, which is suffering from recession and record unemployment,” the New York Times said.

During their respective campaigns, both candidates had promised to balance France’s budget within five years.

“It’s going to be a long day,” Hollande told reporters as he left a polling station earlier in the day. Sarkozy, with his wife, Carla Bruni-Sarkozy, by his side, voted in Paris, but did not speak to television reporters.

“There will be a handover of power,” Sarkozy said Friday when asked if what would happen if he lost. “The nation is stronger than the destiny of the men who serve it.”

Hollande is expected to be inaugurated later this month

Church resignations are a long-term trend in Finland, with peaks caused by Päivi Räsänen’s recent comments a small fluctuation in the overall movement away from Finland’s established religion, according to one professor of comparative religion. Lack of enthusiasm for the church is shown by low turnout figures in church elections. Image: Yle   Last week […]

About 50 million people have been registered to vote, while a total of 650 Members of Parliament (MPs) will be elected. Voting has begun across the United Kingdom as million of citizens have trooped out to cat their votes in an election that is being dubbed 'a very tight race'. BBC reports that polls opened […]

In view to the "historic meeting" the 171th summit of the Organization of the Petroleum Exporting Countries (OPEC) held in Vienna, where it was agreed to reduce crude oil supply by approximately 1.2 million barrels per day, with a maximum production of 32.5 million barrels per day from 1st January 2017, the Minister of Foreign […]