A Nigerian actress that gets more (lower budget) movie roles can still rival those that star in few higher budget movies in Nollywood. There's a saying that little drops of water makes a mighty ocean. Chika Ike for example can rival Genevieve in terms of money earned from Nollywood.

Best Paid Nollywood Actresses: Who are they?

Two of the best paid actresses in Nollywood are no doubt, Genevieve Nnaji and Omotola Jolade Ekeinde. Nollywood fans, bloggers, and media outlets, often compare the two beautiful actresses especially in terms of fame and wealth. It appears the comparison began when Omotola and Genevieve played a remarkable role as sisters in the top-selling Nollywood movie "Blood Sisters". Both actresses were paid handsomely for their performance in the hit movie.

Another hit movie that paired both actresses again is the award-winningNollywood international movie 'IJE – The Journey' which grossed N47 million from six cinemas across the country i.e Nigeria. The Nigeria Movie Network team gathered from sources Omotola and Genevieve were paid roughly N5 Million naira (over $30,000) each to be stars of the movie.

Currently, Genevieve Nnaji and Omotola J. Ekeinde are the most expensive actresses to hire for professional interpretation of scripts. These two ace actors are said to charge between N2Million to N10Million naira on average, to feature in a Nollywood movie.

Gone are the days when Nollywood producers could hire Omotola and Genevieve for lead roles for as little as N500,000 naira. These days, you have to be talking millions to get the attention of the duo. With that said, we estimate Genevieve Nnaji and Omotola J. Ekeinde to be worth well over N200Million naira ($1.5Million US dollars). This rough estimates puts into consideration the number of films both actresses have starred in over the years, their international features in the US/UK, endorsements and so forth. 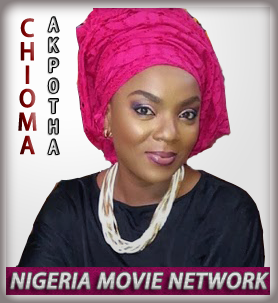 Below is an updated list of how much Nollywood actresses are paid per movie script (estimates):

Though our intention with this article is to only showcase just 10 of the highest and best paid Nollywood actresses in Nigeria, we would like to add that of controversial Nollywood actress Tonto Dikeh as a bonus. As crazy as she may appear to be, she is definitely special.

Without further ado, Tonto Dikeh is estimated to be paid around ?500K – 1million naira per movie script.

In regards to the worth of the highest and best paid Nollywood actresses featured in this list, we are not going to call out individual names and their estimated worth. However, the 10 (+1) Nollywood actresses showcased on Nigeria Movie Network are worth well over ?100 million naira on average.

If 2,000 movies are produced in Nollywood annually and each of the Nollywood female actors mentioned above stars in at least 40 movies per year on average. If paid ?1million on average for each movie, then each actress is estimated to bag at least 40million naira per year from Nollywood not counting their various endorsements or individual businesses.

As for Genevieve Nnaji and Omotola J. Ekeinde, they are the most popular Nollywood actresses and highly paid than the rest. Their estimated worth (considering their international endorsements) are between ?200million to 400million naira.

Are there any other highly paid Nollywood actresses you feel should be included in this list? If that’s the case, let the Nigeria Movie Network team know by either shooting us an email or dropping a comment below with your suggestions. Thanks!

There were rumors ages ago that he had the HIV, but we all thought it was just rumors. The very popular Nollywood actor, Hanks Anuku, who is known for playing criminal roles in Nigerian movies, has revealed he tested positive for HIV. The Nollywood actor also revealed how he deliberately infected his wife with the […]

Nollywood actor, Chet Bashari Anekwe and his wife, Rebekah Anekwe have welcomed their first child together almost 2-years after their wedding ceremony in the United States of America. The actor whose works spans Hollywood, Nollywood and the New York Theatre, announced the birth of his son, Bashir Grayson Anekwe via his Instagram account on Tuesday, […]

Lupita Nyong’o will star and produce the feature adaptation of Chimamanda Ngozi Adichie’s novel Americanah together with D2 Productions, Plan B and Potboiler Productions.  A winner of the 2013 National Book Critics Circle Award, Americanah tells the epic love story of two young immigrant Nigerians, Ifemelu and Obinze, as their lives span various continents. Americanah was also listed as one of the […]