Nigerian Celebrities today marched for the kidnapped Chibok Girls in Lagos. The March which started at Allen Avenue Roundabout with the protesters shouting "Don't sell our girls. They are humans not animals"

The Speaker Of The House, Rt Hon Ikofuruj came out to receive the protesters and the letter they submitted too. Patience Ozokwor in the course of addressing the crowd could not control her emotions as she went on her knees begging Boko Haram to release the girls  and aslo reminding President of his duty to release the girls and stop politicizing the issue . According to her "Our girls are too young to marry. We did not train our girls to live in the forest" 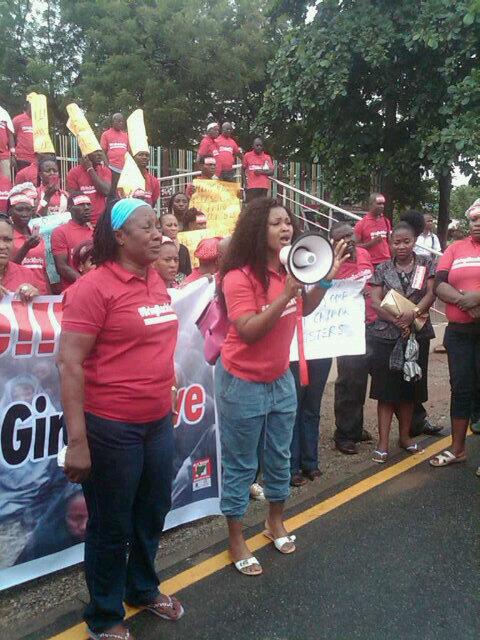 THE President of the Senate, Senator David Mark, will lead the Federal Government delegation to cheer the Super Eagles to victory in the 2010 FIFA World Cup fiesta holding in South Africa. The team according to a circular by the Secretary to the Government of the Federation, Alhaji Ahmed Yayale, departed Nigeria on Wednesday ahead […]

Arik Air  has signed on as the presenting sponsor of  the African Muzik  Magazine Awards (AFRIMMA). The airline  has become the preferred travel source for domestic, regional and  international travel. Arik currently services  a multitude of  West African Countries along with the United States and many other destinations.   â€œIn keeping with our mission to […]

Clint Eastwood and his Dina have called it quits after 17 years of marriage.   The 48-year-old reality TV star told US Magazine that though she remains close with Eastwood, the couple has been living apart for some time, News.com.au reported.   However, the 83-year-old filmmaker's rep claims knowing nothing about the split.   Eastwood […]