Nosa Igiebor,  Nigeria
After missing the 2012 Afcon tournament for the first time in 26 years, Nigeria are back for 2013 bringing a host of youngsters to the occasion.

For those looking for new stars this month, you may need to look no further than 22-year-old midfielder Nosa Igiebor.

The Abuja-born attacker has already had something of a nomadic career, but now residing in Spain with Real Betis, Igiebor has the platform to build on his promising reputation. 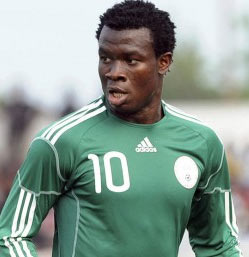 His record for the Super Eagles is impressive – two goals from three caps – including a stunning 30-yard volley in a friendly last November against Venezuela.

The power he brings to the Nigerian midfield will provide the perfect base from which to work and should give Stephen Keshi’s side a good chance of making the quarter-finals.

There is much expected of Porto and Ghana’s Christian Atsu and not only in South Africa over the next few weeks.

The 21-year-old midfielder has long been touted as a genuine star of the future after joining the Portuguese champions in 2009, but it was only after a successful loan spell at Rio Ave in 2011-12 (where he won the club’s Player of the Year award) that his ability shone through. 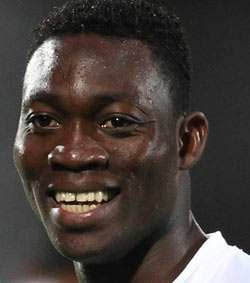 Predominantly left-footed, but proficient on his right as well, Atsu has shown pace and power when driving from midfield. He is composed on the ball and has a maturity about his game that belies his youth, while the 19 appearances and four assists he has racked up for Porto this year add a further string to his bow.

Nicknamed by some as the ‘Ghanaian Messi’ he has a lot to live up to, but for the time being he is on the right path. Atsu has the potential to be one of the stars of the tournament and if the Black Stars are to live up to their pre-tournament hype, he will be at the forefront of their play.

Bordeaux’s giant striker Cheick Diabate will lead the line for Mali in South Africa as his side attempt to negotiate a path through a tricky group.

Standing six foot four, Diabate represents Mali’s most perplexing weapon. He is not a guaranteed starter and has only just been handed such a berth at Bordeaux, the club at which he has spent a frustrating couple of years warming the bench. 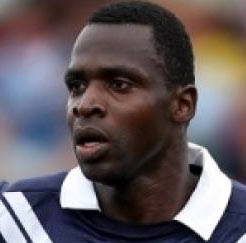 Yet he became something of a star for Mali in last year’s Afcon, scoring a dramatic equaliser against Gabon in the quarter-finals, before notching twice in the third-place playoff against Ghana. His record for Mali, therefore, is respectable (11 in 23) and, still relatively young at 24 years of age, he will be one to watch.

If Diabate can continue where he left off in 2012, Mali will have a realistic chance of making waves in 2013.

Ivory Coast are not short on forwards with Didier Drogba, Lacina Traore, Gervinho, Didier Ya Konan, Salomon Kalou and Arouna Kone all vying for a spot up top in Sabri Lamouchi’s XI. However, in Vitesse’s Wilfried Bony, Lamouchi possesses one of the most in-form, clinical strikers at the tournament.

The 24-year-old is going to have to settle for being a bit-part player (just as he was in 2012, where he scored once) for the Elephants this time around, and that is a shame, but expect Bony to pose all sorts of problems for opposition defences when he does take to the pitch. 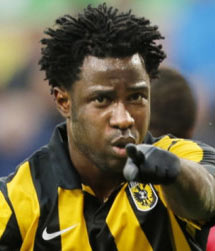 He has netted 16 times in 18 games for Vitesse this term, taking them to fifth in the Eredivisie. Muscularly built, and deceptively quick, Bony (who bears the name ‘Wilfried’ on the back of his shirt) has displayed a clinical instinct in the box, as well as a touch of flair when the situation requires it.

Linked with Chelsea in November, expect the rest of the Premier League to cotton on to this goal machine if he lights up Afcon 2013.

Sochaux’s Ryad Boudebouz should be a familiar name to Premier League enthusiasts after he was heavily linked with Liverpool over the summer. He has attracted interest from Arsenal in the past, and the left-footed right-winger should give Algeria hope of qualifying from the difficult Group D. 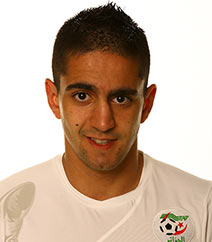 Blessed with electric pace and an array of tricks to give defenders nightmares, Boudebouz will be the go-to attacker in tricky games against Ivory Coast, Togo and Tunisia.

Though unlikely to trouble the scorers (he has just one goal in Ligue 1 this season), Boudebouz offers a counterattacking outlet and proficiency from set-pieces that will give the Desert Warriors a chance in any contest.

At 22-years-old and having spent his entire career at Sochaux, Boudebouz is ready for the next move in his career. He will be hoping the cream of the Premier League are keeping a close eye on him in the next month.

There are three major qualities midfielders should possess. Coaches look out for these in them. Marking abilities, creativity and passing. An addition is shooting. In some cases shooting may not be a must otherwise Mikel Obi will not be playing for Chelsea. It however depends on the approach or philosophy (apology Phillippe Trousier) of the […]

AFCON 2013: First Round Games In The Dishwasher

At first glance, it’s hard to pick out a single, unifying theme from the opening slate of group games from the 2013 African Cup of Nations. After all, a stylistic diversity, both in terms of tactics and quality of play, is part of what makes the event so unique. Nigeria v. Burkina Faso, for example, […]

President Jacob Zuma has officially opened the Africa Cup of Nations (Afcon) at the National Stadium in Johannesburg and the kick-off game for the football spectacle is underway between Cape Verde and Bafana Bafana. The President was accompanied by CAF President, Issa Hayatou & Local Organising Committee chairperson, Chief Mwelo Nonkonyane. The President said: "We […]