A couple of days ago, precisely on Monday, January 14, the Super Eagles Coach, Mr Steven Okechukwu Keshi equated the present Eagles which he is handling to that of all-conquering 1994 Eagles squad.

Keshi had said in a chat with Supersport.com at the team’s camp in Faro,Portugal that, “many Nigerians don’t know how good this team is.

I see great potentials in them and they can go places,” adding that “in Emenike I see a player who can be like Rashidi Yekini and Godfrey Obaobona will grow in his position”.

However, his comparison has drawn mixed reactions from football stakeholders and soccer fans alike. In fact, there are divergent opinions on whether there is any basis for comparison. One of those that disagreed with Keshi is former Super Eagles first choice goalkeeper, Peter Rufai.

In a sharp reaction to Keshi’s assertion, Rufai who manned the posts both at the 1994 Cup of Nations and the FIFA World Cup said, “our ’94 squad was poles apart.”

He said although the present Eagles could boast of some talented footballers, “they still cannot be compared with the team of our time.”

Rufai recalled: “Remember, 1994 was not our first Nations Cup as some of us had been in the national team since Libya ’82. We were in Cote d’Ivoire ’84, Egypt ’86, Maroc ’88, Algiers ’90 and Senegal ’92 before Tunisia ’94. You can see the difference. The present crop of players have to be there for some time to be compared to our team.” 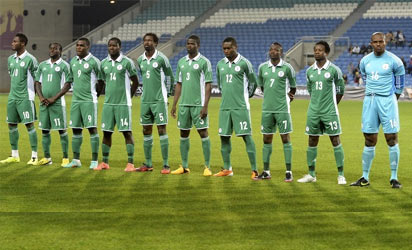 Apart from experience, which Rufai said comes with time, the former goalkeeper said, “during our time, we played a lot of matches, our league was good and the competition for shirts in the national team was stiffer. We went through a lot to get to the national team.”

He noted that the Eagles preparing for the Nations Cup in South Africa were an upcoming team that need encouragement and cannot be compared with 1994 set.

Even Vanguard Online commentators are not left out of the debate. Most of them believe that there is no comparison whatsoever between the present Eagles and 1994 squad.

Note that the ’94 squad won the Nations Cup in Tunisia(Nigeria’s second after 1980) and also qualified the nation for her first World Cup in USA’94.

Now, based on what Rufai has said here, do you think the present Eagles have come of age to be compared with ’94 set? Any basis for comparison?

AFCON 2013: Victor Moses the star attraction at the final as Chelsea star comes of age

When the 2013 Africa Cup of Nations commenced last month, three young starlets were expected to shine in South Africa. Younes Belhanda, star of Montpellier's improbable Ligue 1 title win in 2012, and Porto's Christian Atsu failed to seize the moment and truly emerge. But Victor Moses finds himself on the doorsteps to immortality as […]

You cannot beat Nigerians in trivializing issues. Since the coming of Comedians, have you noticed that Nigerians are living longer because of the the jokes that make people happy? Laughter changes the chemicals of the brain and reduces stress. Laughter is indeed the only tranquillizer with no side effect. The Super Eagles have drawn two […]