Dabanga (Cameroon)  – "Everyone out! Hold onto your belongings, we're going to conduct a search," yells a Cameroonian soldier as he inspects bus passengers already wearied by dusty hours on a bumpy northern road.

"We're everywhere in the area," said the soldier in Dabanga, in Cameroon's far north, the border region where a French family was kidnapped last year by Islamic extremists of the deadly Boko Haram movement.

The incursion of Boko Haram fighters into Cameroon, from their stronghold over the border in Nigeria, has led to regular vehicle searches and identity checks by the army.

With his helmet tightly strapped on and wearing a bullet-proof vest, the soldier systematically stops traffic on the road between Maroua, the regional capital, and Kousseri, to the north, a machine-gun mounted on a pick-up truck nearby.

"We are looking for weapons, ammunition, drugs," the soldier told AFP, asking not to be named.

In the past few days, Cameroonian authorities say they have deployed an impressive military force to the Far North region in the wake of bloody raids and a series of kidnappings of foreigners. 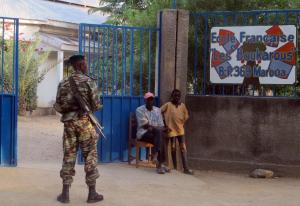 Boko Haram, whose name means "Western education is forbidden", has killed thousands of people since 2009 in its fight to establish an Islamic state in the north of Nigeria.

As well as causing an international outcry by kidnapping more than 200 schoolgirls, it has burnt down whole villages and carried out deadly bomb attacks, while taking its fight over the porous border into Cameroon. 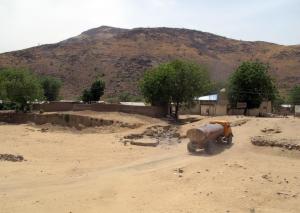 The mobilisation comes two weeks after a summit in Paris that brought together the heads of state of several countries bordering Nigeria, including Cameroon's Paul Biya, who described Boko Haram as a "serious threat" to the whole region.

Leaders at the meeting agreed to cooperate on a joint "war plan", at a time when Cameroon was still considered a weak link.

The country's northern border region is thought to be a centre for smuggling weapons to the armed extremists, with Yaounde accused by others of failing to act against the Islamists even on its own soil.

"Until now, Cameroon has avoided a head-on confrontation with Boko Haram," said a local police officer, who also asked not to be named.

"Now the soldiers have the right to open fire on suspects who ignore warnings. We can expect that there will be victims in this war," he added. 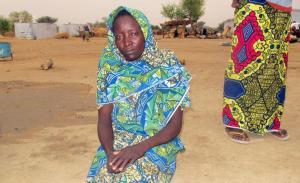 The crackdown comes after the armed fundamentalists appeared to have stepped up their cross-border attacks.

On May 17, a Cameroonian soldier was killed and 10 Chinese construction workers kidnapped from a building site during a violent assault blamed on Boko Haram. The attack, in the middle of the night, caused panic in the once-popular tourist town of Waza.

Earlier in May, dozens of fighters from the Islamist movement rode armoured vehicles into the Nigerian border town of Gamboru Ngala, opening fire on residents.

Some civilians fled across the border into Cameroon but 300 people died, according to local sources. The town was razed.

In response, scores of soldiers from Cameroon's elite Rapid Intervention Battalion, which has counter-terrorist training, have deployed in border towns held to be particularly at risk, such as Fotokol, Dabanga and Amchide. 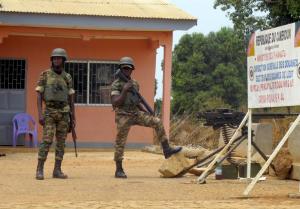 "The idea is to set up fixed bases with strong numbers ready to respond in the event of an attack," said a paramilitary police official involved in operations on the ground near Lake Chad.

The aim is to "close the road to the terrorists and secure the border so that Boko Haram fighters cornered (by the army) in Nigeria can't seek shelter here," the official said.

In a sign that Cameroon is determined to take action, last Thursday, about 30 Nigerians suspected of belonging to Boko Haram were picked up and handed over to Nigerian authorities.

And just last weekend, Cameroonian troops freed two Italian priests and a Canadian nun, kidnapped on April 4 in the small parish of Tchere, near Maroua.

LAGOS â€” More than 700 died last November in clashes in the Nigerian city of Jos, Human Rights Watch (HRW) said Monday as it urged the prosecution of members of security forces it accused of “arbitrary killings.”